The cigar-chomping Ramos, known for his “we can do this” rallying call, thumbs-up sign, attention to detail and firm handshakes, served as president from 1992 to 1998, succeeding the democracy icon, Corazon Aquino.

Ram Nath Kovind: The promise, and the President

As Dalit head of state, Kovind's appointment was as hailed for its symbolism as Droupadi Murmu's now. But in the end, his symbol will be his steadfast silence

The state-run WAM news agency said the rulers of the country's seven sheikhdoms made the decision at a meeting.

According to a communication issued by the Union Home Ministry to all states and union territories on Friday, as a mark of respect to the departed dignitary, the Government of India has decided that there will be one day's state mourning on May 14 throughout the country.

Under the constitution, vice-president and premier Sheikh Mohammed bin Rashid al-Maktoum, ruler of Dubai, will act as president until the federal council which groups the rulers of the seven emirates meets within 30 days to elect a new president.

Colombian Defense Minister Diego Molano said in a statement that preliminary information indicated that Colombians involved in the attack were retired members of the country's military.

When holidays included extravagant flotillas of ships and unyielding elephants

Over centuries, the outings of viceroys and presidents have changed from a desire to establish might to a need to forge connections

Poland's leader sworn in for 2nd term as critics stay away

The president vowed openness to all groups and political parties, but he stressed the key role of the family in society and the need to protect it.

Guyana's Ali sworn in as president after disputed vote

President Ram Nath Kovind has also instructed the staff to cut down expenses at the Rashtrapati Bhavan and asked them staff to make optimal usage of the resources. 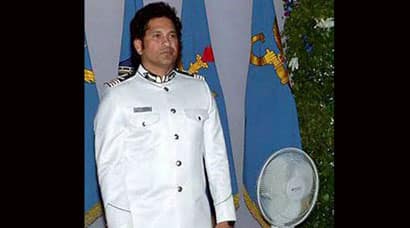 'At Home' was hosted by the Chief of the Air Staff on the occasion of 82nd Anniversary of Indian Air Force at Air House in New Delhi on Wednesday. 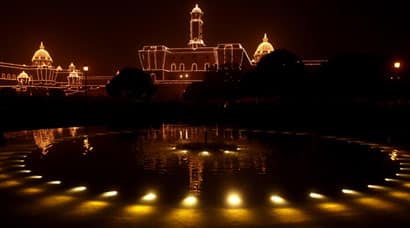 For Beating the Retreat, President brings back the buggy

The ceremony marks the end of Republic Day celebrations.

Raising 'anti-national' slogans is not Freedom of Speech: Amit Shah

Bahraich (UP), Feb 24 (ANI): Addressing a rally in Uttar Pradesh's Bahraich, Bharatiya Janata Party (BJP) president Amit Shah on Wednesday attacked the Congress for disrupting the Budget session over JNU row. He said the party should stop supporting 'anti-national' activities in the name of freedom of speech. Shah further asked the political parties sitting in Parliament that people who raise slogans like 'Bharat tere tukre honge', is freedom of speech or an act of sedition?

Myanmar/Tokyo, Feb 24 (ANI): A Cooling gel Patch removes fever instantly. Recently, Japan’s pharmaceutical company, Hisamitsu, started to expand their Cooling gel Patch products to Myanmar. At Myitta Clinic in Yangon, the doctor has been recommending cooling gel Patch for patients suffering with fever. The recent political changes in Myanmar opened up a new market for imported consumer products. The Cooling gel Patch`Bye Bye Fever’ is one of the newly introduced health care product, to the local pharmacies in Myanmar. The local stores are staring to make sales of the healthcare goods which were directly imported from Japan. They say those products make benefits to the consumer in Myanmar. This is called “High Pressure Oxygen Room” made by Japanese bulk industry Inc. It’s easy to experience the relaxing effect of this room. Users just get in. Then the operator gets the door to shut properly and turn on the machine. It becomes 1.2 times higher pressure in a few minutes. Users can choose how long they are in the room. They focus on anti aging products. Next to the room they show Himalayan rock salt. For example, they say this ball-shaped rock salt has many effects such as improvement of blood circulation and acceleration of metabolism. This is how to use. After you warm up it in the toaster oven you wrap it up in a towel and put it on the body. Then it works well.

New Delhi, Feb 24 (ANI): Jawaharlal Nehru University (JNU) students Umar Khalid and Anirban Bhattacharya, who are facing sedition charges for allegedly raising anti-national slogans, surrendered before the Delhi Police last night. Following a medical check-up, the two were interrogated on Wednesday for around five hours and will be presented before the magistrate later in the day. Khalid and Bhattacharya are among the five students who, along with JNUSU President Kanhaiya Kumar, had allegedly shouted anti-national slogans at an event organised in the university campus on February 9.

New Delhi, Feb 23 (ANI): Communist Party of India (Marxist) General Secretary Sitaram Yechury on Tuesday said President Pranab Mukherjee did not mention anything about the burning issues in the country in his speech while addressing the Parliament on the first day of Budget Session 2016-17. He further said that the Bharatiya Janata Party (BJP) is trying to change the Indian Republic into RSS's version of 'Fascist Hindu Rashtra'.

Military assistance to Pakistan has decreased: US envoy

New Delhi, Feb 23 (ANI): United States Ambassador to India, Richard Verma, said the military assistance to Pakistan has gone down shortly days after India expressed its disappointment over Barack Obama administration's decision to sell Pakistan eight F-16 fighter jets. Briefing the media at the fourth annual lecture of Indian Association of Foreign Affairs Correspondents in New Delhi, Verma said the assistance to Islamabad was to address a specific counter militancy and counter insurgency threat. As the US goes to polls later this year, Verma said the relations between India and the U.S. would be topmost priority for the next president.

New Delhi, Feb 23 (ANI): President Pranab Mukherjee on Tuesday left his official residence to attend the Budget Session. Mukherjee will address both Houses on his government's plans, policies and vision for the year ahead. The Budget Session of Parliament is commencing today and is expected to have a stormy start over a host of issues, including the JNU row, Rohith Vemula suicide case and Pathankot terror attack.

New Delhi, Feb 22 (ANI): Addressing a gathering on Monday, Jawaharlal Nehru University (JNU) Teachers Association president Ajay Patnaik on Monday said an inquiry committee should be constituted and internal mechanism of the varsity should be strengthened. Demanding that sedition charges against students be dropped, Patnaik added that such charges are a matter of great concern.

New Delhi, Feb 19 (ANI): The Supreme Court on Friday refused to entertain the bail plea of JNU Students' Union president Kanhaiya Kumar and asked him to approach the Delhi High Court in this regard. The apex court also noted that it would not be appropriate in its precedence to hear the matter. Advocate RP Luthra said the Supreme Court declined to hear bail plea of JNUSU President Kanhaiya Kumar. Kanhaiya on Thursday moved a petition before the apex court, seeking his release from police custody under Article 32 of the Constitution.

New Delhi, Feb 19 (ANI): The Supreme Court on Friday refused to entertain the bail plea of JNU Students' Union president Kanhaiya Kumar and asked him to approach the Delhi High Court in this regard. The apex court also noted that it would not be appropriate in its precedence to hear the matter. Advocate RP Luthra said the Supreme Court declined to hear bail plea of JNUSU President Kanhaiya Kumar. Kanhaiya on Thursday moved a petition before the apex court, seeking his release from police custody under Article 32 of the Constitution.