The attack on the army-run school in Peshawar, in which nearly all the victims were schoolchildren, shocked Pakistanis and led the country to lift a moratorium on executions in place since 2008.

Over 19,000 arrested in Pak crackdown since Peshawar attack

19,272 people were arrested on different charges during operations conducted across the country under the National Action Plan.

It increased Pakistan army resolve to pursue militants. It is also helping it acquire more power.

Taliban commander, 2 others arrested in Balochistan

More than 1,800 suspected people have been arrested in the countrywide swoop since the Peshawar attack.

No evidence had been found to suggest foreign involvement in the school attack, said Pak minister.

View from the right: Real stereotyping

Outfits like Isis and Boko Haram are killing thousands in the name of Islam.

The parents of deceased students who lost their children in the school tragedy chanted 'Go Imran Go'.

‘There, right among those kids, my elder son used to stand’

Monday being the first day of school since the massacre, the acting vice-principal had requested parents to accompany their children.

Security was tight, part of a country-wide move to boost security at schools in the wake of the attack.

School still a shrine with visiting mourners, but parents say children will be back Jan 12. 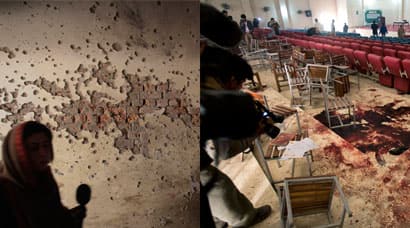 Inside pictures of Peshawar school attack: Blood on floor, bullet marks on walls

Blood on floor, bullet marks on walls, inside pictures from the deadly Peshawar school attack that killed 141 people including 134 children by Taliban. 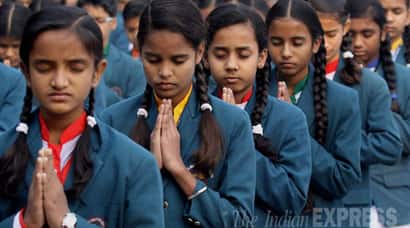 A day after the brutal massacre of 141 people including 132 children at Army Public School in Peshawar, Pakistan, school children in India observed a two-minute silence and held special prayer meetings to pay homage to those killed in the attack.