All cryptocurrencies, including Bitcoin and Tether, are not fiat currency and cannot be circulated on the market, the People’s Bank of China said on its website.

The monthly drop of the yuan in May is likely to exceed its December decline of 1.5 per cent, when the Federal Reserve interest rate hike that month had led to a record monthly fall in China's forex reserves.

The central bank's attempts to deter speculation on the Chinese currency in the last few months have depressed a range of yuan assets offshore, including yuan-denominated "dim sum" bonds. Steps taken by Indian,Chinese central banks this year might one day be hailed as a success.

Chinas economy grew at its quickest pace this year between July and September in a rebound fuelled largely by investment.

BRICS countries may reach consensus at next months G20 summit on creating a $100 billion currency reserve.

Long-awaited step: The measure gives commercial banks in the country freedom to compete for borrowers 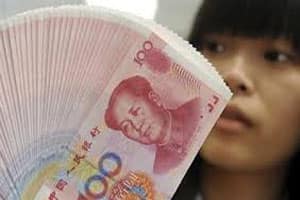 China's yuan hit a record high versus the dollar for the second straight day in early trade on Tuesday. 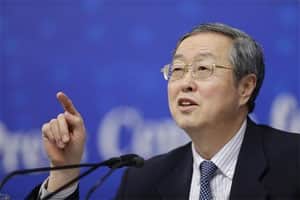 'The reform task for Zhou will be very arduous and it may not even be completed during his tenure.'