Allen, along with Gates, helped create an entire industry selling software for a new breed of smaller, more affordable and widely accessible computers.

Who was Paul Allen?

In 1988, Paul Allen purchased the Portland Trail Blazers and was intimately involved in the team's operations until his death. He has donated more than $2 billion to various charities including $500 million to the Allen Institute for Brain Science and $52 million to Oregon charities.

Allen, who was an avid sports fan, owned the Portland Trail Blazers and the Seattle Seahawks. Allen and Gates met while attending a private school in north Seattle. The two friends would later drop out of college to pursue the future they envisioned.

"A lot has happened in medicine since I overcame this disease in 2009," Paul Allen said. "My doctors are optimistic that I will see good results from the latest therapies, as am I."

AI2 is an effort to advance artificial intelligence while simultaneously reaching back into the field’s past.

Paul Allen was taken to hospital with a broken collarbone and fractured ribs. 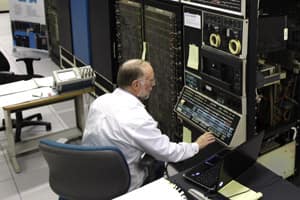 Allen also claims that he is the one,not Gates,who came up with the name Microsoft.

Book not revenge against Gates

Paul Allen,co-founder of Microsoft,might be one of the richest men in the world,but he still feels slighted at being ousted in 1983 from the company that he started with Bill Gates.