A significant part of the lane and the larger neighbourhood’s documented history starts during the 19th century when the Parsi and Jewish communities began settling here.

Despite the engaging vignettes of Parsi life it offers, Berjis Desai's novel 'Towers of Silence' suffers from a convoluted storyline

The book, whose recurring theme is the spirit world, recounts the whimsical and weird tale of a clan over 140 years

This fascination with the British monarchy is not just limited to Bomanbehram, 75. Every Zoroastrian Parsi and Irani home, it is said lightheartedly, has a portrait of the queen, be it Victoria or Elizabeth. The community often referred to Elizabeth as “Aapri Rani” (our queen).

As Hyderabad’s oldest fire temple turns 175, the Parsi community looks back at 2 pioneers

The Nizam of Hyderabad once owed Rs 41 lakh to Seth Viccaji Meherji and Seth Pestonji Meherji, two Parsi brothers who founded Hyderabad’s oldest agiary. With the fire temple turning 175 on July 31, the Old Parsi Fire Temple Trust is set to release a souvenir on the Meherji brothers.

The Union Ministry of Health and Family Welfare pointed out that it had in consultation with the Indian Council for Medical Research (ICMR), issued guidelines for disposal of dead bodies of Covid-positive persons.

‘A Parsi could belong to any religion or none’: Coomi Kapoor

Parsis lay out their deceased in a secluded place known as Dakhmas (the tower of silence), to be eaten by vultures while the remains are exposed to the sun to be decomposed.

The bench was hearing a PIL which alleged that persons belonging to other races and religions were being discriminated against as they were being denied entry into the fire temple. 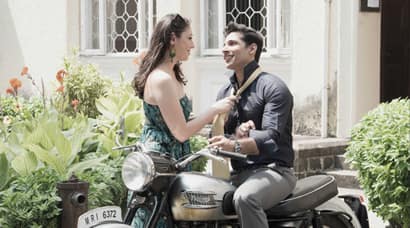 The Parsi community launched a first-of-its-kind advertisement campaign to tackle the issue of their decreasing number, on Monday (November 10). arsi women greet each other as they celebrate their new year.