Congress members walked out of Lok Sabha on Wednesday in protest against the government's decision not to have any discussion on the LAC dispute.

The project aims to renovate and redevelop 86 acres of land in Lutyens’s Delhi, in which the landmark structures of the Indian government, including Parliament House, Rashtrapati Bhavan, India Gate, North Block and South Block, etc. stand.

Jobs in Lok Sabha for graduates, salary up to Rs 1.77 lakh

Lok Sabha recruitment 2019: The application process is on and will be concluded on January 28. Interested candidates can apply at the official website, loksabha.nic.in. Candidates will have to clear, shorthand test, written test and interview.

The kitchen was shifted out of the main building in 2012 in the aftermath of the Mumbai Mantralaya fire, following orders from the then Speaker Meira Kumar.

Tthe Department of Parliamentary Services said that people wearing face coverings would again be allowed in the Parliament House.

Australian PM Tony Abbott not in favour of burqa in parliament

"It is perfectly appropriate that in certain circumstances people be required to show their face," said Tony Abbott.

TMC-TDP MPs in showdown over office room in Parliament House

The bone of contention is Room No.5 on the ground floor which has been occupied by TDP for many years.

Parliament House is faced with a monkey and dog menace. Measures are being taken, including scaring the monkeys away. The new stuff on the offer includes roasted chicken with boiled vegetables in white sauce.

Though she is not new to Parliament, Union Minister Uma Bharti Monday learnt it the hard way about the restrictions upon vehicle entry inside the Parliament House complex. 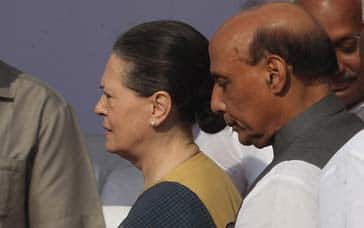 MPs celebrate Holi on March 3rd and 4th outside the Parliament.