From MP to Panna: Alone, she enters a new home

T6, a tigress from the Pench National Park, was released in the Panna Tiger Reserve on Wednesday. 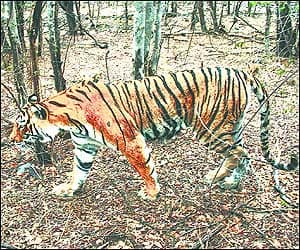 Most of the tigers in Panna sanctuary in Madhya Pradesh were killed by poachers,a Special probe team set up by National Tiger Conservation Authority has said.

Unaffected by the furore over the alarming decline in tiger population in Panna National Park,Madhya Pradesh Forest department.....