Pancreatic, colorectal cancer up 10 per cent in 30 years: Study

According to the researchers, the increase is related to a rise in the prevalence of obesity and diabetes.

Pancreatic cancer is relatively uncommon, accounting for just over three per cent of all new cancer cases. However, it is an extremely deadly type of cancer, with a five-year survival rate of just 8.5 per cent, researchers said.

In a study, patterns of search queries regarding symptoms were analysed to detect future diagnoses of pancreatic cancer.

Metformin — a commonly used generic medication for type 2 diabetes — decreases the inflammation and fibrosis characteristic of the most common form of pancreatic cancer, the researchers said.

Low levels of vitamin D could raise risk of pancreatic cancer as the rates of the disease are the highest in countries with the least amount of sunlight.

It provides a way for scientists to grow organoids from biopsy material, which is comparatively easy to obtain.

Till date,no medicine has been approved to treat the dengue virus.

Bhandari was reportedly suffering from pancreatic cancer and was under treatment. 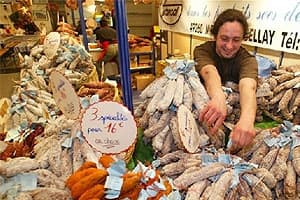