Explained: New chapter in judge vs Army in Pak

In the latest incident, Justice Isa’s wife Sarina Isa has alleged that four men in civvies had walked into her parents’ home in Karachi on December 29 and asked her to declare her political affiliations and other personal details in a detailed questionnaire.

Peshawar Museum is known for having one of the world's largest collections of architectural pieces on Buddha. A couple of years ago, the museum's tallest statue of Buddha in schist stone was transported to Switzerland for a display there for 100 days at an international exhibition.

The pilot, co-pilot and two soldiers were killed in the accident, the army statement said, adding that the crash occurred due to technical reasons.

Sharif said that 'neither had I asked army nor the armed forces sought a role in the present political crisis.'

Bannu, which stands at the gateway to the semi-autonomous Waziristan tribal region, is 150 kilometres southwest of Peshawar.

Both India and Pakistan have a dialogue process and Siachen is part of that process.

Up to leaders of India,Pakistan to work on their ties: US

US has praised role of Pakistani military in the recently concluded general elections in the country. 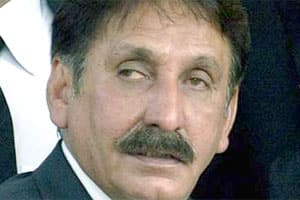 Pak military's role same as Pentagon's in US: Khar

Pak FM also says that Islamabad does not want any strategic depth in Afghanistan.