Nick named as 'Queen of Mizo folk song', Runremsangi was awarded 'Sangeet Natak Akademi Award' in 2017 for her contributions to the field of music.

For two decades, Cheruvayal Raman – known locally as nellachan or the father of rice – has been collecting and sowing the indigenous rice varieties on his three-acre plot in Wayanad’s Kammana village.

Padma Awards 2023: Meet awardees honoured in the field of art

From tabla maestro Ustad Zakir Hussain to singer Vani Jairam, here are some of the Padma awardees who are recognised for their distinguished work in the field of art and culture

A Dronacharya Awardee, he richly deserves the Padma Shri being bestowed on him by the Indian Government for his selfless service to the game. He has spent all his life faithfully serving cricket.

From 1967 till 1996, he worked at AlIMS where he established himself as a professor of pediatrics and the head of the genetic department. Later, this unit got recognition as WHO collaborating centre in genetics for creditable performance.

The Padma Awards are India’s highest civilian honours after the Bharat Ratna, seeking to “recognize achievements in all fields of activities or disciplines where an element of public service is involved".

“I never wanted to dance but was forced to do it. I repeatedly denied, but she (social worker Mamata Behera) did not listen. I was sick and got tired,” Kamala Pujari told television channels in Koraput district from where she hails.

The appointee, Ashok A K Mago, is a recipient of the Pravasi Bhartiya Samman in 2010 and Padma Shri in 2014. He was instrumental in founding of the Senate India Caucus, which is the only country specific caucus in the United States Senate.

Dharennavar was among the several activists who had complained against Sidhu Moosewala over depicting gun culture in his songs.

Padma Awards 2022: Meet awardees conferred in the field of art for their distinguished contribution 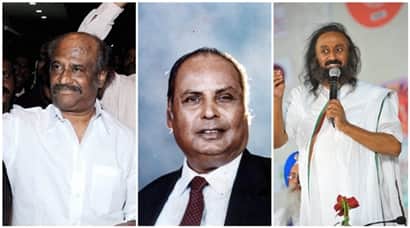