Olivia Wilde on single parenting after split from Jason Sudeikis: 'Reshaping a family is tricky'

“It’s actually allowed me to get to know them in a different way. My priority is them, as long as they’re happy and they’re healthy," said Olivia Wilde

Olivia Wilde and Jason Sudeikis have responded to claims made by their children's former nanny in a tell-all interview about the ex-couple.

For Don't Worry Darling, that cost $35 million to make, a $19.2 million launch was solid — and slightly more than the studio had forecast.

Will the spiraling publicity harm ‘Don’t Worry Darling’ at the Box Office?

But now, the $35 million production is being referred to around town as “Kill Your Darlings.” Over the past three weeks, the once highly anticipated movie has become a spectacle in all the wrong ways, with its director, Olivia Wilde, self-immolating on the publicity trail.

Don't Worry Darling has been plagued by some of the most intense pre-release controversies in recent memory. Director Olivia Wilde addressed every aspect in a recent interview.

Harry Styles jokes about spitting on Chris Pine: 'I just popped very quickly to Venice to spit on him'

A viral video on the internet has made netizens believe that Harry Styles spat on Chris Pine at the premier of Don't Worry Darling in Venice.

No, Harry Styles did not spit on Chris Pine; actor's rep shuts down 'foolish speculation' about viral video

Chris Pine's rep shut down internet rumours about Harry Styles having spat on the Star Trek actor during their film Don't Worry Darling's premiere at the Venice Film Festival.

Olivia Wilde in the spotlight with Don’t Worry Darling

Olivia Wilde talks about Don't Worry Darling, her vision, her disagreement with the ratings board and why Alice is the heroine we need right now.

Baby2Baby Gala: Celebs who stole the show with their glamorous looks

Baby2Baby Gala, an annual non-profit event that supports children living in poverty, saw a slew of celebrities gracing the event 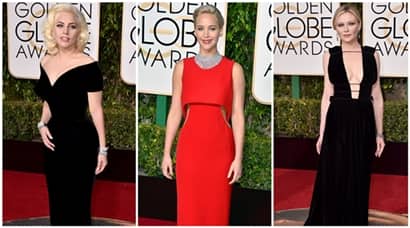