The Meta Connect 2022 keynote showed Zuckerberg's avatar hopping around on the virtual stage but there's more to it.

Among Us VR to Walking Dead: All the new games announced for Meta Quest 2

Meta's Connect 2022 event: Among US in VR to Behemoth to The Walking Dead, here's a look at all the gaming titles coming Quest 2.

Logitech Chorus features an off-ear open-back design and can be muted by simply flipping them up.

The social media giant announced plans to remove the Facebook login requirement last year, after a backlash from users who had previously accessed the headsets using separate accounts from Oculus.

German startups have been struggling to get their hands on Meta’s headsets after they were pulled from the shelves.

Andrea Schubert will be joining Apple's AR/VR division after a six-year stint at Facebook, now Meta.

Apple's Mixed Reality headset could launch in 2022: Here are all the details

The updated refresh rate of the new Quest VR headset is at least 90Hz, up from the current model’s 60Hz for movies or 72Hz for most VR tasks, making video and games appear smoother.

Both the Oculus Quest and Oculus Rift S utilise the company's suite of softwares known as Oculus Insight to track player movements.

Phrases like “This Space For Rent”, “Big Brother is Watching” have made it onto tens of thousands of Oculus touch controllers. 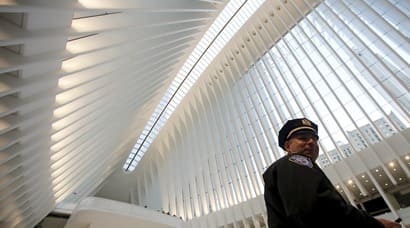 On March 3, New York opened the most expensive train station in the world, on the site of the World Trade Centre destroyed 14 years ago in the 9/11 attacks.