The court announced a three-year jail term for accused Inderjit Anand of South City of Ludhiana for allegedly getting encashed a fake cheque for Rs 1.07 crore, purportedly issued by M/S Nirmal Darbar.

Says CM is pseudo Hindu,Nirmal Baba of Gujarat and a Mr Natwarlal

Dont give absurd solutions to disciples: HC to Nirmal Baba

The defendants (website and Yashwant Singh) are restrained from licensing,writing,publishing,hosting or advertising any defamatory material against the plaintiff (Baba) on their website or through any other print/electronic media to defame the reputation of the plaintiff.

A Delhi court has asked the police to submit a report regarding action taken by the police on a complaint accusing godman Nirmal Baba of cheating and breach of trust. 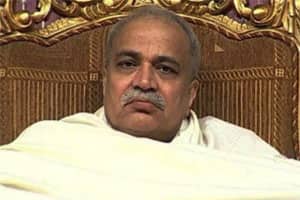 A Delhi court asks police to apprise it of the actions taken on a complaint against godman Nirmal Baba. A lower court in Araria district had issued a non-bailable warrant of arrest on May 19 last against Nirmal Baba. 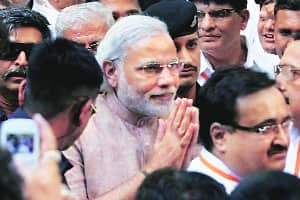 Modi fired up a cheering crowd at a public rally at the end of the partys national executive.

The Lucknow bench of the Allahabad High Court today sought the Centre's response by July 16 on a plea seeking for directions to stop the transmission of Nirmal Baba's discourse on various TV channels.

We are waiting for nod of my senior officer to send the team led by Forbesganj SDPO to Greater Kailash,Part I of Delhi to arrest Nirmaljit Singh Narula, SP Lande said.