Nilesh Shah: ‘Until a medical solution emerges, markets will keep swinging from fear to hope’

In this edition of E-Xplained before a country-wide Zoom audience last week, Nilesh Shah discussed the impact of the Covid-19 pandemic on the economy, and ways to contain the damage.

Shah has held leadership roles with Axis Capital, ICICI Prudential Asset Management, Franklin Templeton and ICICI securities in the past.

Nilesh Shah interview: ‘By slowing down gold imports, we will stop flight of savings & capital’

Our gold imports are rising and resulting in significant flight of capital. Between March 2011 and March 2019, the net import of gold and precious stones amounted to about $245 billion.

We are probably 4-6 quarters away from big-ticket investments: Nilesh Shah

When Modi-led government came to power in May 2014, the stock markets witnessed a sharp rally in anticipation of reform initiatives, rise in private investment, growth in earnings and GDP growth.

The contract has kicked up a row as the Congress alleged that the firm was owned by Nilesh Shah,who is believed to be closely associates with the BJP.

What we should do to retrieve the India story 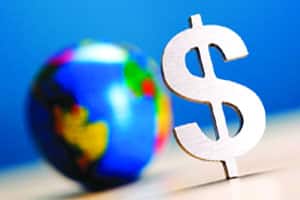 So the market hit the big number this week. Does that mean you should pull the reins on your investments and wait for the market to normalize? Not necessarily.

Nilesh Shah has tracked the Indian stock and bond markets for nearly two decades now. The deputy managing director of ICICI Prudential AMC points out that few markets have traded on a sustained basis at the kind of multiples that India trades at today and tells Shobhana Subramanian that there is now virtually no room for error.

Markets have moved to fair-value zone