Phattuseneri is one of 21 villages in Kotia gram panchayat that lie at the centre of a longstanding border conflict between Odisha and Andhra Pradesh.

The Patnaik government's effective handling of Cyclone Fani last year had won him praise from Prime Minister Narendra Modi, the UN and other global organisations.

Mohapatra, who was elected to the Odisha Legislative Assembly from Brahmagiri in the years 1995, 2000 and 2004, had died at a private hospital in Gurgaon in November last year.

I feel this is the right time to enter the House of Elders,says Pawar. 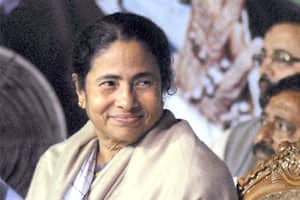 Cong says agency will not trample on state rights,tells Mamata to look at its substance not form.

CPI(ML) sought an explanation from the state government on the communal violence in Kandhamal which claimed 42 lives.

Orissa minister in trouble over gangrape of Dalit girl

Naveen Patnaik Govt in Orissa is again facing a controversy with a minister accused of shielding the prime accused in an alleged gangrape of a Dalit woman.

Central force to be withdrawn from Kandhamal

The Centre has decided to withdraw all para-military forces from the riot-hit Kandhamal district by the end of this month. In the run up to the Lok Sabha elections,Congress and the BJP are both suffering from a common ailment - losing trusted and tested allies. While Lalu Prasad's RJD has given a jolt to Congress by allocating it only three seats in Bihar,Navin Patnaik's BJD has literally dumped BJP in Orissa. Ruling BJD in Orissa said that it was not part of any front or political formation at the moment despite its new-found bonhomie with the Left.