Options open for alliances except with communal parties: Congress

Earlier, BJP dubbed the Congress as a 'sinking ship' which was being deserted by its passengers.

Sources said the caller 'Lalduhawma' has been associated with various armed gangs.

There were complaints that performance was being ignored in the party.

Two members of a marriage party had drowned when the boat carrying 22 people capsized in the swollen Tangon river near Babughat at Gajole yesterday.

Cache of arms and ammunition recovered in Budgam district

A cache of arms and ammunition,including 11 grenades,were today recovered by police in Budgam district of central Kashmir

9 killed in gun-battle between Naxals and CRPF in C'garh

Eight villagers were killed in a gun-battle between security forces and the ultras.

Delhi govt to regularise all colonies on extended Lal Dora

Delhi government has taken an "in-principle" decision to regularise all colonies which came up on extended Lal Dora land.

The court rejected the plea of both the convicts that they were falsely implicated in the case. 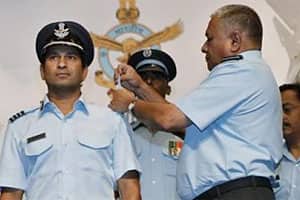 Refusal of an IAF offer by Tendulkar and Dhoni may cost them the chance of a lifetime. 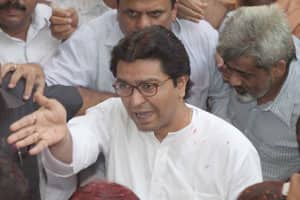 MNCKS,a group affiliated to MNS,has asked PVR and other multiplex to screen the films at prime-time.

New Delhi, Jan 25 (ANI): The visiting French President, Francois Hollande, paid tribute to Father of the Nation Mahatma Gandhi at the Rajghat on Monday. He was accompanied by Minister of State for Environment, Forests and Climate Change Prakash Javadekar. Later, Hollande also planted a sapling in the Rajghat premises. The French President was earlier accorded a ceremonial reception at the forecourts of the Rashtrapati Bhawan.

Nation on high alert ahead of Republic Day

New Delhi/Mumbai/ Srinagar, Jan 25 (ANI): Security has been beefed up in the entire nation ahead of Republic Day celebrations. Various check-posts have been set up in the national capital. The security forces have been kept on high alert in regard to the celebrations as they continued checking and frisking vehicles. Security arrangements have tightened at the Chattrapati Shivaji International Airport in Mumbai. High alert has been issued in Jammu and Kashmir, especially in view of the recent Pathankot terror attack. Police personnel have been deployed in strength in the city, particularly around Bakshi Stadium, the venue for the main Republic Day parade in the Valley, to foil any attempts by militants.

New Delhi, Jan 23 (ANI): Granddaughter of Subhas Chandra Bose Jayanti Rakshit on Saturday said that is a big question why files were kept untouched. She added that since the declassified files were not opened for a longer duration, they didn't have the opportunity to read them. She even Jawaharlal Nehru was "reluctant" to declassify the files. She further added that they were hopeful that they will know the truth. Bose's grand nephew, on the other hand, said it is not easy to read the history that was hidden and distorted for nearly 70 years and it required a detailed scrutinization. He said that the entire nation wanted to know about Netaji's death and the Prime Minister kept his promise.