Before NASA uses its new inflatable technology for slowing spacecraft that are entering the atmospheres of other planets, it will first need to be packed into the tight confines of a rocket. The software for Mars surface operations was uploaded to the rover's memory during the Mars Science Laboratory. 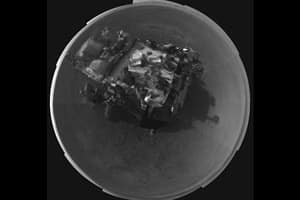 Its previous flight-control software was tailored for the complex tasks of atmospheric entry.