Infosys has so far no responded to mails sent by The Sunday Express which sought to know the number of employees it had in Russia and the reasons behind the closure of operations in the country.

Kiran Mazumdar Shaw and Narayan Murthy are among the first business leaders to express concern over intolerance, joining dozens of writers, filmmakers, scientists and historians.

C.N.R. Rao is right. Industry can and should do more to shore up scientific research.

iCreate signed a MoU with 'Technion' for cooperation in entrepreneurship,innovation,tech.

Chief Minister Narendra Modi on Sunday inaugurated the Centre of Excellence for Entrepreneurship and Technology or iCreate to create an ecosystem that encourages young entrepreneurs.

Infosys founder Murthy and Nexus have picked up a stake in Bigshoebazaar for Rs 40 cr. 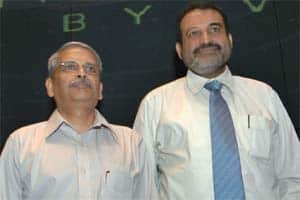 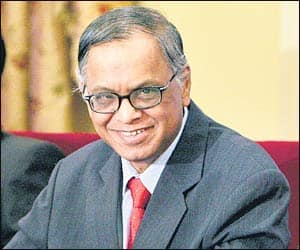 Sri Lanka govt has appointed Infosys Narayana Murthy as the international adviser on IT to President Mahinda Rajapaksa. Vishal Sikka is appointed as the first external CEO of the company.