Non-delivery of NAMO tablets in Gujarat: 'Give our money back', students ask CMO

Many of these students will now complete their three and four year diploma and degree courses without receiving the tablets for which they have paid at the beginning of academic sessions in 2018-’19 and 2019-’20.

The scheme was announced by the state government in 2017-18 to provide tablets to students who clear Class 12 exams and pursue degree or diploma courses in Gujarat, at a price of Rs 1,000 each against the claimed market price of Rs 7,000- Rs 8,000.

Between mid-September and now, Modi has had six “Mera Booth Sabse Mazboot” video interactions with booth workers in 30 Lok Sabha constituencies through the NaMo App.

The event, to be held on January 14, will also feature kites bearing pictures of Modi.

Mamata Banerjee 'loves' the people of Gujarat, but won't name anyone

"I love the people of Gujarat, but not NaMo, NaMo," Mamata told an election rally in Nadia district. 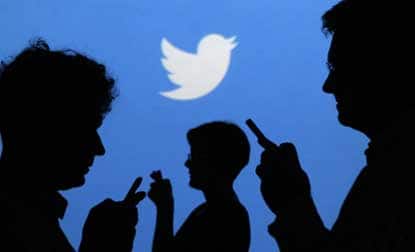 What can we learn from our leaders' Twitter Profiles? A lot, it seems.

In a first, NRIs set up a NaMo tea stall in Silicon Valley, US to support Modi for the Lok Sabha polls.

Director Rupesh Paul claims that the film is neither funded by any political party nor a propaganda ahead of this year's general elections.