The university, which now operates from its sprawling campus in Rajgir, Bihar, offers 'Bay of Bengal: An Introduction' as a certificate course from this September via online classes.

From Nalanda ruins, ‘university of future’ is ready with new courses, campus

Now, as the new campus of Nalanda University prepares for a formal inauguration, the focus is on how best it can retain the cultural and architectural ethos of Nalanda Mahavihara, the 5th-12th Century AD university that is considered to be one of the greatest centres of learning in ancient India.

No contribution in 3 years from participating countries for Nalanda University construction: MEA

The MEA committee said an allocation of Rs 200 crore was made in the budget 2018-19 for the Nalanda University, which was reduced to Rs 190 crore at the revised stage

Nalanda University B.Ed distance program admit card: The candidates who will appear in the Common Entrance Test (CET-B.Ed 2019) can download the admit card from the official website.

The University's Registrar S P Sinha told PTI that a total of 22,100 students were awarded various degrees this year. Vaish was among the 2780, including 29 gold medalists.

Sunaina Singh said that Nalanda would be a symbol of India’s soft power.

60-year-old George Yeo was conferred Padma Bhushan in 2012 and is currently serving as a member of the governing board of the prestigious Nalanda university at Rajgir area of Bihar.

I’ve received no salary or remuneration from Nalanda University... It’s been a labour of love, says Amartya Sen

In an interview with IE, Sen speaks on some of the questions that have been raised about his relationship with the university. Excerpts. 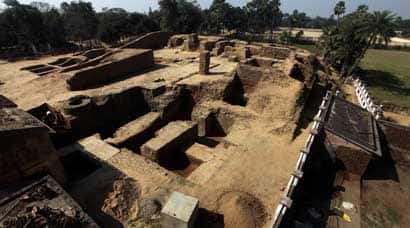 Telhara could be the place Chinese traveller Hiuen Tsang wrote about during his travels through India in 7th century AD?

Amartya Sen No Longer Part Of Nalanda University Board