Kunal Kapoor said: "She doesn't enjoy being in the spotlight which is difficult when you are married to an actor."

Kunal Kapoor and Naina Bachchan are all set for a grand reception for friends and colleagues.

The Bachchans' residence was the party destination for many a Bollywood star as they attended a special bash in honour of the newly weds - Kunal Kapoor and Naina Bachchan.

Here's the first picture of the newly married Kunal Kapoor and his wife Naina Bachchan.

According to reports, Kunal Kapoor, who is engaged to Amitabh Bachchan's neice Naina Bachchan, is all set to tie the knot with his longtime girlfriend later this year. 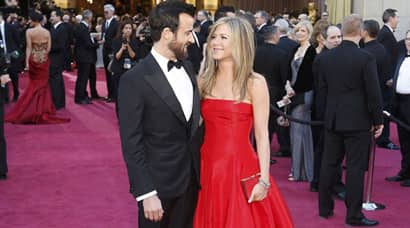 Former 'Friends' star Jennifer Aniston married her longtime boyfriend Justin Theroux at their Los Angeles-area home in a secret ceremony that took the media and many of the couple's guests by surprise. Aishwarya and Abhishek were spotted leaving from their house to watch 'Piku'. They were accompanied by newlyweds Kunal Kapoor and Naina Bachchan. Karan Johar's selfies with Alia and his childhood bestie Shweta Abhishek Bahchchan had hosted a grand bash for his cousin sister Naina Bachchan, who married her fiance Kunal Kapoor in February. The party was attended by the who's who of industry, SRK's wife Gauri Khan and British singer Ed Sheeran. Take a look! 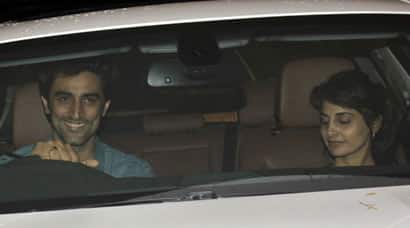 Kunal Kapoor, who has been dating Amitabh Bachchan's niece Naina for a while now, was seen enjoying a late night movie date with her.