Explained: What is Most Favoured Nation status, how will it impact Pakistan

Pulwama terror attack: In terms of trade, such a step can lead to the stoppage of input materials such as chemicals and cotton from India, which will push up costs of production for the relevant Pakistani industries.

Under MFN, a WTO member country is obliged to treat other trading nation in a non-discriminatory manner, especially with regard to customs duty and other levies.

Last month, Pakistan’s Prime Minister Nawaz Sharif, who was invited by Narendra Modi to attend his swearing-in ceremony, had discussed issues across the spectrum to further strengthen ties.

India had given the MFN status to Pakistan in 2006 but the move is yet to be reciprocated by its neighbour.

MFN status to India not yet on cards,says Pakistan's Finance Minister

He still maintained that Pakistan is committed to promote cordial relations with India.

India on Thursday expressed hope that Pakistan will honour the proposal of granting it the Most Favoured Nation (MFN) status after the general election in the neighbouring country is over.

Opening up of Attari-Wagah border and Pak's granting MFN status to India can increase trade. The decision means Pak will continue with the existing regime of restricting imports from India. 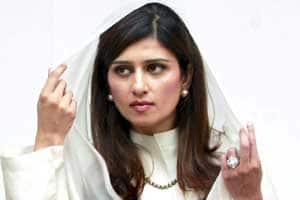 The country had achieved much more than was expected during dialogue process,she remarked.