Addressing Libyans late Monday, Prime Minister Abdul Hamdi Dbeibah reiterated his insistence that he will hand over power only to an elected government.

Explained: Why is Libya sliding back to political division?

After tentative steps towards unity, Libya is once again being pulled apart, with two rival prime ministers claiming power.

Prime Minister Abdul Hamid Dbeibah said in televised speech that he will not hand over power, as the country's parliament is scheduled to name a new premier on Thursday.

Seif al-Islam, who is wanted by the International Criminal Court on charges of crimes against humanity related to the 2011 uprising, submitted his candidacy papers in the southern town of Sabha, the High National Elections Commission said.

Since July 2013, when the U.N. took over peacekeeping in Mali, 33 peacekeepers have died and 109 injured.

France is setting up a military base in northern Niger, 100 kilometers (60 miles) from the lawless Libyan border region

The hours-long clashes concentrated around the city's Benina airport. 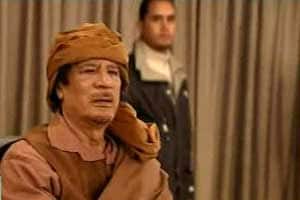 Libyan govt said its forces had detained one of the key members of Moammar Gadhafi's inner circle.