That '90s Show review: Uninspired and unfunny Netflix sitcom is old wine in an even older bottle

That '90s Show review: Disappointingly stale and never as silly as it needs to be, Netflix's sitcom spinoff is a relic of a bygone era.

Matthew McConaughey was chosen for his advocacy efforts after the Uvalde school shooting rocked his hometown. Mila Kunis was lauded for her fundraising — which People said has topped $37 million — for Ukraine, where she was born.

Mila Kunis and her husband Ashton Kutcher had remained seated at the Oscar ceremony where Chris Rock had been slapped by Will Smith for making a joke about his wife Jada Pinkett Smith.

Mila admitted her daughter reminds her a lot of herself.

Kutcher told talk show host Jimmy Fallon that they have been home-schooling their two kids -- Wyatt and Dimitri -- and that they prepare a curriculum for the week.

The Spy Who Dumped Me trailer: Mila Kunis and Kate McKinnon take on the action genre with a comic twist

The Spy Who Dumped Me trailer: Mila Kunis and Kate McKinnon are not spies but with assassins following them around, the women are forced to pick up some action moves and it lands them in a few funny situations.

Chris Hemsworth's THor: Ragnarok is standing strong at the box office. It has already score more than Johnny Depp's Murder On The Orient Express, and Mila Kunis's A Bad Mom's Christmas. This week Justice League will be out in the theatres and we are yet to see how the two superhero films will score.

Mila Kunis: A Bad Moms Christmas is not hokey pokey

Actor Mila Kunis who is prepping up for her upcoming film A Bad Moms Christmas says that the film which is a sequel to Bad Moms is not a crazy story but a true illustration of what parents go through every year during Christmas. The film is releasing in India on November 10.

Ashton Kutcher says Mila Kunis was upset with him

A magazine had posted photos of Ashton Kutcher with who they called a 'brunette'. Only, she later turned out to be his cousin. It was a story riddled with sensational details and Ashton Kutcher decried the story by tweeting that these magazines lack integrity.

Ashton Kutcher shares that he used to do wife Mila Kunis' chemistry homework during the shoot of That '70s Show and is also amazed at how their first kiss has been memorialised on Television as it was on screen. He says that it was very weird for him because he useed to see her as a little sister then. 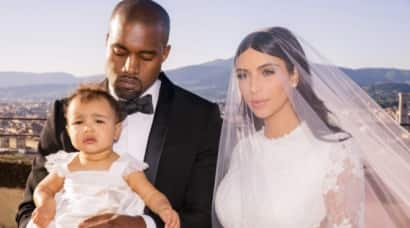 While most couples aspire to choose unique names for their children, a few celebrities have crossed the line and seemed to have made the most unconventional picks. Here's a look at some of the celebrity moms-to-be and the newest moms on the block. Zac Efron flaunted his six-pack ab while Mila Kunis showed off her tiny baby bump at the MTV Movie Awards.