Mika Singh is beyond doubt the most popular singer, songwriter and composer in the entertainment industry today. He made his singing debut in the year 1998 with the album, 'Saawan Mein Lag Gayi Aag', which is still a catchy song. Having sung more than 100 songs for Bollywood alone, Mika has successfully made his mark in the Kannada, Bengali, Pakistani and Odia cinema as well in the recent years. He has sung a lot of frolic songs like Bas Ek King from the movie Singh Is Kinng, Mauja Hi Mauja from Jab We Met Subah Hone Na De from Desi Boyz and Dhanno from Houseful to name a few. He has been in media's limelight because of controversies like the one with Rakhi Sawant at his 29th birthday party and the defamation battle with Sonu Nigam. He has also appeared in movies and music and dance shows like Jhalak Dikhhla Jaa 2, Music Ka Maha Muqqabla and Comedy Nights Live.

In 2013, two farmhouses belonging to Singh in non-cultivable land near Damdama lake in Rojka Gujjar were sealed by Gurgaon administration for alleged violation of environmental laws.

Akanksha Puri addresses claims Swayamvar Mika Di Vohti is scripted: 'This is not a sham'

Mika Singh chose Akanksha Puri as his would-be-bride on Swayamvar: Mika Di Vohti. After he announced his decision, a few fans were not pleased and called out the couple for being fake.

Born in Punjab, Balwinder Safri had been actively involved in the Bhangra music scene right since the 1980s. He had formed the Safri Boyz Band in 1990.

Mika Di Vohti winner: Television actor Akanksha Puri has been chosen by Mika Singh as his future life partner on Swayamvar: Mika Di Vohti. The other finalists were Prantika Das and Neet Mahal.

Mika Singh was slapped by his girlfriend after she caught him cheating: 'Would force me to scream I love you'

In a recent episode of Mika Di Vohti, singer Mika Singh opened up about his past relationship and shared how his girlfriend slapped him when she caught him cheating.

Mika Singh rejected over 100 wedding proposals before 'Swayamvar': 'It's disgusting when a girl comes holding a tray, and you tell her..'

Mika Singh shares what kind of girl he wants to get married to, his brother Daler Mehndi's reaction to him doing a 'Swayamvar' on national television, and why he has decided to not celebrate his birthday this year.

Mika Singh never wanted to be a singer, took up Bollywood as a challenge: ‘Saawan Mein Lag Gayi didn’t matter to me’

Mika Singh, who turns 45 today, speaks about his first superhit song "Saawan Mein Lag Gayi Aag" and the role of his brother Daler Mehndi in his success.

15 celeb photos you should not miss today Daler Mehndi, Mika Singh were on The Kapil Sharma Show to promote their upcoming single, Sohniye. 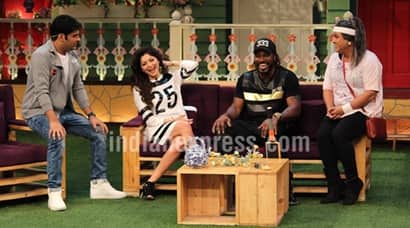 Kapil Sharma took Chris Gayle along with singer Mika Singh and Kanika Kapoor on a laughter ride in the upcoming episode on his comedy show The Kapil Sharma Show. It was a fun filled evening for the cast of Housefull 3 including Akshay Kumar, Jacqueline Fernandez, Riteish Deshmukh and Abhishek Bachchan who came together to launch the first song 'Taang uthake' from the film. 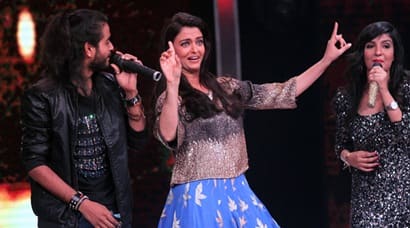 Aishwarya Rai Bachchan, who was on the show Sa Re Ga Ma Pa on May 4 with her co-actor Randeep Hooda and director Omung Kumar to promote Sarbjit, tapped her feet on the stage. 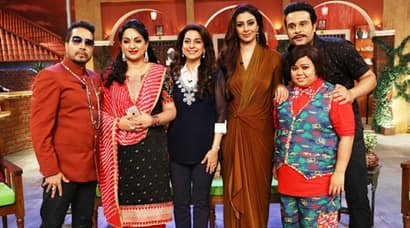 Actress Tabu and Juhi Chawla were lately seen on the set of Comedy Nights Live show, which airs on Colors. 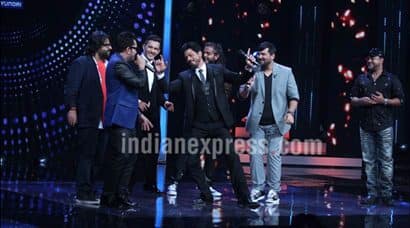 Shah Rukh Khan kickstarted the first episode of the singing reality show Sa Re Ga Ma Pa 2016 by promoting his upcoming movie Fan at the show's grand premiere on March 26. Hrithik Roshan ringed in his 42nd birthday on January 10 and the actor celebrated his birthday in grand style by a throwing a lavish party for his close friends in Bollywood. Superstar Shah Rukh Khan, Bajirao Ranveer Singh, actress Ameesha Patel, Vivek Oberoi, Karan Johar, Arjun Kapoor, Subhash Ghai, Preity Zinta and singer Mika Singh were seen partying hard at the actor's birthday bash. Here's a look at some inside pics from the star-studded bash.

Finance Minister Arun Jaitley's daughter Sonali tied the knot with businessman and lawyer Jaish Bakshi at a glittering ceremony in New Delhi on Monday (Deember 7). Not many images are available of the wedding which was attended by President Pranab Mukherjee, Prime Minister Narendra Modi and several political leaders. In one of the images posted on Twitter, director Madhur Bhandarkar of Fashion and Chandni Bar was one of the attendees.