The court was told that the state had removed Mirajkar in September 2015 as he was unwilling to continue.

Judicial inquiry into Stan Swamy's death yet to be initiated: State in Bombay HC

Oral comments made on Swamy, withdrawn by the court after ASG submitted they were ‘twisted’ on social media and by the press.

Not 'disheartened' Zakia to appeal in higher court

Zakia's husband Ehsan Jafri was among 68 people massacred during the Gulbarg society riots.

Followers organise rally ahead of his Surat 'visit'

Police officials were seen escorting the rally to prevent any untoward incident. 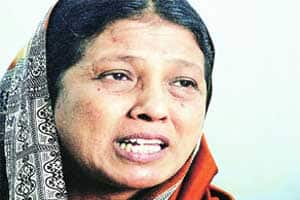 The state government may well be in breach of a Bombay High Court order that had awarded a compensation of Rs 17 lakh to the mother of Parbhani-based engineer Khwaja Yunus (27)  allegedly killed in police custody in 2002  and gave the government eight weeks to pay up.

Demanding a full copy of the SIT report along with supporting documents in connection with her complaint regarding the 2002 riots,Zakia Jafri today argued before the Ahmedabad Metropolitan Court that not providing her the documents is making sham of fair hearing.

Intervening in a petition challenging the constitutional validity of Section 497 of the Indian Penal Code.

The state government on Monday informed the Bombay High Court that two special teams have been formed to trace Anil Bheda,the missing witness in the Lakhan Bhaiya encounter case.