Michael Douglas' 'Hank Pym is back' in Ant-Man 3

Michael Douglas, who plays the role of Hank Pym in the franchise, shared his excitement for the film on his Instagram account.

Ant-Man 3: Michael Douglas confirms his return to the Marvel film

Ant-Man 3 is reportedly being produced by Marvel Studios honcho Kevin Feige. The Paul Rudd starrer is likely to release in 2022.

Steven Spielberg last year made headlines after the veteran filmmaker said once "you commit to a television format, you're a TV movie" and argued that if it's good, it deserves an Emmy and not Oscars.

Legendary actor Michael Douglas recently, in an interview with Entertainment Tonight, hinted at the possibility of making of Ant-Man 3. The 74-year-old actor reprised his role for last year's superhero film Ant-Man and the Wasp, which saw Paul Rudd and Evangeline Lilly play the respective titular characters.

The Kominsky Method has been created by Chuck Lorre, the man behind several popular sitcoms such as Roseanne, Two and a Half Men and The Big Bang Theory among others.

Veteran actor Michael Douglas has revealed that the quantum realm will play an important part in the upcoming Marvel movies.

Ant-Man and the Wasp, the latest film in Marvel Cinematic Universe, does not have a decent villain. Spoilers ahead!

Antman and the Wasp: Here is what post-credits scenes mean

Just like every movie in the Marvel Cinematic Universe movie, Ant-Man and the Wasp, which hit screens on Friday, also has post-credits scenes.

Who's who of Ant-Man and the Wasp

The excitement of Michael Douglas is admirable and it would certainly be lovely to see him paired with Michelle Pfeiffer (also de-aged) as Ant-Man and the Wasp. Meanwhile, the Marvel film of the same name would release on July 13. 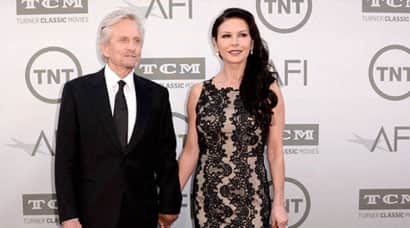