Indian celebrities are elevating their glamour quotient on the Cannes red carpet, one look after another!

Thane civic chief Vipin Sharma has ordered to form a committee to verify the allegations, the report of which has to be submitted within three days.

Meera Chopra was trolled brutally by Jr NTR's fans after the actor stated that she liked Mahesh Babu more.

Meera Chopra retweeted some of the messages she received, also drawing Jr NTR's attention to the rape and death threats by his fans.

I cannot go against my heart: Meera Chopra

Meera Chopra, who was last seen opposite Sharman Joshi in 1920 London, says she was getting similar roles which she didn't want to do. So, when the opportunity to star in Section 375 came, she jumped at it.

Priyanka Chopra's cousin Meera Chopra was dining at the DoubleTree hotel in Ahmedabad when she found worms in her food.

Meera Chopra wants to do a film like 'Dostana'

Meera Chopra is a fan of her cousin Priyanka Chopra's romantic comedy film "Dostana" and wishes to do something similar in the future.

1920 London review: An infinitesimal number, hopefully, do so chasing an "aatma" that resides in a locket in this Sharman Joshi, Meera Chopra starrer.

Everybody judges you in film industry: Meera Chopra

Meera Chopra , who is the cousin of actress Priyanka Chopra, made her Hindi film debut in Satish Kaushik's "Gang of Ghosts".

Priyanka Chopra may be flying high in Hollywood but the actress is also a strong emotional and physical support to her cousin Meera Chopra back in Bollywood. 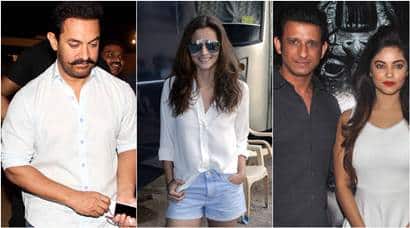 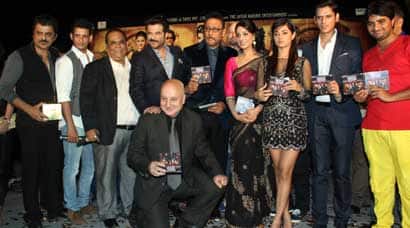 The cast and crew of 'Gang of Ghosts' got together for a fun filled night at the launch of the film's music. 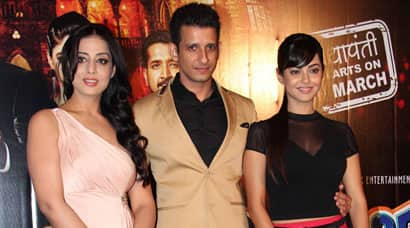 After the mega success of her cousins Meera is all set to try her luck in Bollywood.