The development comes ahead of Congress president Rahul Gandhi's visit to Mandsaur district of the state on June 6 to mark the first anniversary of the death of six farmers in police firing.

Congress chief Rahul Gandhi will visit Piplya Mandi village in the district on June 6, the first death anniversary of six farmers who were killed in police firing during a protest there last year.

Former Mandsaur MP Meenakshi Natarajan has been detained on the way to meet farmers in Mandsaur. Six farmers were reportedly killed yesterday in alleged police firing in Mandsaur-Neemuch highway

Only 13 ministers, including M Veerappa Moily, Kamal Nath and Mallikarjun Kharge, have made it to the Lok Sabha.

In high-pitch poll battle, she silently follows a weekly ritual

The 40-year-old observes a maun vrat every Saturday — a ritual she chose to observe even at this crucial stage in the campaign.

Natarajan secured 706 votes out of total of 781 votes cast. 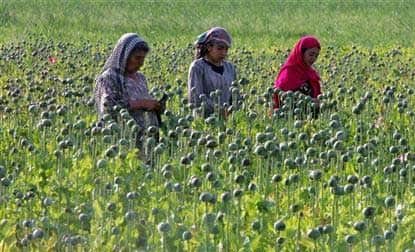 Centre has relaxed conditions for granting licence to opium farmers,a move that will benefit around 800 growers.

Undignified language should not be used in public life: Beni

The Congress general secretary said media was running amok in the race for TRP.