Lopamudra Raut on her Bollywood debut: I feel like a toddler taking her first steps

Post Bigg Boss 11, Hiten Tejwani is having fun on the sets of Entertainment Ki Raat

Other ex-contestants of Bigg Boss like Lopamudra Raut, Bandgi Kalra, Vindu Dara Singh and Raju Srivastav will also be a part of Entertainment Ki Raat, along with evicted Bigg Boss 11 contestant Hiten Tejwani.

The makers of Bigg Boss 11 haven't decided whether the ex-contestants Manu Punjabi, Manveer Gurjar and Lopamudra Raut will enter the show or communicate through 'Me TV'. Also a happy news for Gauahar Khan fans too, as the Bigg Boss 7 winner will enter the house as part of an interesting task.

Reacting to reports of her and Bani J hosting segments in Bigg Boss 11, Lopamudra Raut tells us that she has no clue about these rumours. The new season to be hosted once again by Salman Khan, will see commoners joining celebrities as they get locked up in the Bigg Boss house.

Lopamudra who is currently in Spain fighting her fears like a pro, shared several pictures from there wearing shorts and a bikini top as she takes a tour around the Mediterranean Sea. In the pics, Lopamudra looks no less than a beach babe.

From taking road trips to the beautiful locales of Spain to playing Volleyball, the contestants of Khatron Ke Khiladi 8 are leaving no chance to make the most out of their Spain trip.

Bigg Boss 10 second runner-up Lopamudra Raut said she was happy to know that Swami Om got beaten up after being ousted from the Salman Khan-hosted show.

After Bigg Boss 10 finale, the show's first runner-up Bani J said she apologised to Lopamudra Raut and her family for going overboard during a task. However, Bani said she will not push Lopa to be friends with her. Salman Khan gets miffed with Swami Om, warns housemates to stay away from him. 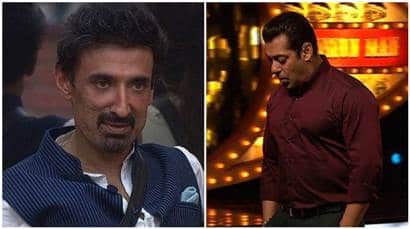 Lopamudra Raut: I Knew Bani Judge Would Get More Votes Than Me