Kirsten Dunst and Jesse Plemons who got engaged in 2017, married each other in an intimate ceremony last week.

Oscars 2022: Ahead of the 94th Academy Awards, here's predicting who will win, and who should win

Will it be Will Smith or Benedict Cumberbatch, The Power of the Dog or CODA? Ahead of Monday's 94th Academy Awards, here's a prediction of who will win at the Oscars 2022, and who should win in the six top categories.

Kirsten Dunst reveals Spider-Man producer took her to get her teeth 'fixed', says pay disparity between her and Tobey Maguire was 'extreme'

Kirsten Dunst has recalled unpleasant memories of working on the Spider-Man films, in which she starred as Mary Jane Watson opposite Tobey Maguire's Peter Parker.

After The Power of the Dog ended, the audience gave the film a several-minute standing ovation, and Campion and her cast sported big grins. Things couldn’t have gone better. Was Kirsten Dunst thrilled?

Sofia Coppola's The Virgin Suicides is a disturbing, provocative story of daughters who died too young and with little love.

I have never been recognised in my industry: Kirsten Dunst

Kirsten Dunst, who starred in films such as Marie Antoinette, Bring it On and Spider-Man, says part of the reason why she never got recognised by the industry could be her lack of participation.

Did you catch these Black Mirror cameos?

The fourth season of Charlie Brooker's creation Black Mirror is now available for streaming on Netflix, and proceed further only if you have seen USS Callister.

With Jumanji Welcome to the Jungle playing in theatres, let's revisit the original film

Jumanji, starring Robin Williams, was based on the titular board game that had ramifications in the real world. The interesting thing about the game was after rolling the dice, the pieces move by themselves.

Kirsten Dunst and Donald Sutherland are among those that will join president George Miller on the 2016 Cannes Film Festival jury.

Kirsten Dunst says she wants her wedding to be an intimate affair.

Oscars 2022 are here. Here are the best celebrity looks at the red carpet ceremony. 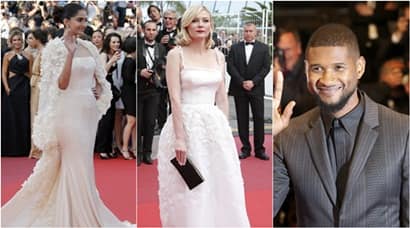 Cannes 2016: On the fifth day of the festival it was Sonam Kapoor, Kirsten Dunst, Usher and Ana De Armas who stole the light. A look! 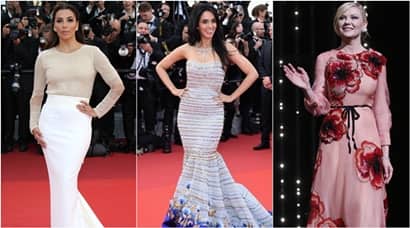 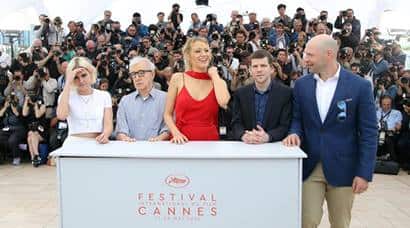