Aamir Khan and son Azad Rao were in Qatar during the ongoing FIFA World Cup. Photos and videos of the actor were shared online by his fans.

Aamir Khan, ex-wife Kiran Rao and son Azad Rao smile and giggle as they pose for a family photo. Watch

Kiran Rao had warned Aamir Khan to tone down his Punjabi accent in Laal Singh Chaddha, 'It's not a Punjabi film'

Aamir Khan's perfectionist behaviour can be seen in a new BTS video for Laal Singh Chaddha, which shows him micromanaging every aspect of his character's look.

ALT EFF will showcase 55 films in the upcoming edition. Started in 2020 in a virtual format, this year the festival will be held in a hybrid format, with virtual as well as limited physical screenings.

Aamir Khan says he makes sure to meet ex-wives Kiran Rao, Reena Dutta at least once a week: 'I have the highest regard and respect for both...'

In the upcoming episode of Koffee with Karan, Aamir Khan spoke about his equation with ex-wives Reena Dutta and Kiran Rao.

When Aamir Khan planned a secret wedding with Kiran Rao, needed a 10-day break from Fanaa: 'He made me promise...'

Aamir Khan made Kunal Kohli promise to keep his secret about marrying Kiran Rao during the shoot of Fanaa.

Aamir Khan says he made up his mind to quit film industry, a tearful Kiran Rao asked him to reconsider

Actor Aamir Khan revealed that he decided to quit films recently, because he realised he wasn't there for his children when they were growing up. But a tearful Kiran Rao convinced him to reconsider.

Aamir Khan on relationship with ex-wives Kiran Rao and Reena Dutta; dismisses speculation of affair: 'There is no one'

Aamir Khan and Kiran Rao tied the knot in 2005, after the Bollywood actor divorced his first wife Reena Dutta in 2002. Aamir said unlike rumours of his dating someone else, he and Kiran decided to part ways for different reasons. 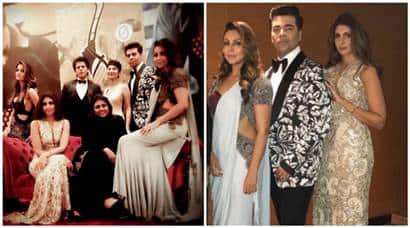 At the 2017 Vogue Women of the Year Awards, which was held on Sunday night. Karan Johar, Shah Rukh Khan, Gauri Khan, Shweta Nanda and Kiran Rao were all seen under one roof in their best of looks. Sonam Kapoor, Anushka Sharma and Aishwarya Rai Bachchan too slayed the red carpet. Scroll on to see all. Aamir Khan along with Kangana Ranaut, Sonam Kapoor and Hollywood star Ian Mckellen graced the launch of MAMI Film Club in Mumbai on May 23. 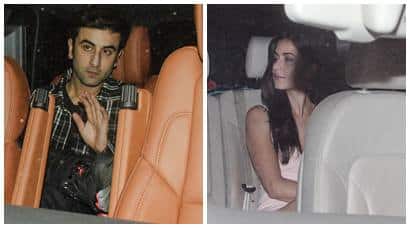 Ex-couple Ranbir Kapoor and Katrina Kaif were seen partying together at their common friend Aarti Shetty's birthday bash held recently. But the two actors, who will be soon be seen on screen in Anurag Basu's Jagga Jasoos, were snapped in separate cars. Also seen at the party were Sonam Kapoor, Arjun Kapoor, Aamir Khan, wife Kiran Rao, Zoya Akhar and many more celebs. A look. Arshad Warsi's wife Maria Goretti launched the much awaited cook book 'From My Kitchen to Yours' on March 2 in the presence of her husband, their children, actors Sohail Khan, Tisca Chopra, Mandira Bedi, Kunal Kemmu, Tusshar Kapoor and the others. 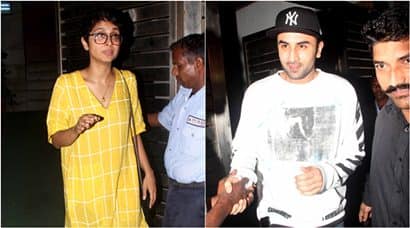