One of the most flamboyant cricketers ever to don the England cap, Kevin Pietersen is a name that divides opinion like few others in the sport. Pietersen made his Test debut in the 2005 Ashes scoring a half century in his very first innings and followed it up with another in the second. He was the standout performer for England with the rest of the batting order collapsing around him. Over the years, many of England\'s big totals were in part due to Pietersen\'s masterful stroke play and the team have generally struggled in his absence. Born South African, Pietersen joined Nottighamshire in 2000. His first ODI series was in 2004 against Zimbabwe, in which he averaged 104. In the subsequent series series against South Africa, he scored three centuries, one of which was the fastest ever by an Englishman. But Pietersen\'s consistency with the bat was also accompanied by clashes with the ECB, former England coach Peter Moores, Andy Flower and Andrew Strauss which ultimately led him to be axed from the England setup.

Inzamam-ul-Haq too talks about how to tackle short balls. ‘Don’t stand upright in expectation; it’s a fear. Lean forward, you will be able to pick length better’.

People can only dream about what you've done in cricket: Kevin Pietersen backs Kohli

Kohli will not feature in the the five-match T20I series against the West Indies, to be played in the Caribbean and the United States from July 29.

Watch: Kevin Pietersen demonstrates how he worked for months to perfect the switch hit

The Kevin Pietersen switch hit became popular ever since he played it against Scott Styris.

I knew Ashwin was going to bowl a carrom ball from the way he held the ball at top of his mark: Pietersen

Pietersen reveals the secret sauce behind his stupendous 186 in Mumbai. How Ashwin and Harbhajan telegraphed their variations at the top of their bowling mark itself.

Quiz: IPL big-earners on auction day over the years

Brendan Taylor's match-fixing ban and the pain to see a talent go waste.

Pietersen said from his perspective, he would not have performed well for two years without any crowd, with nobody watching.

The matter was, however, resolved after talks between players' representatives, the England and Wales Cricket Board (ECB), Cricket Australia and the Australian government. 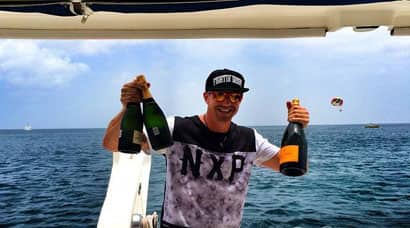 Kevin Pietersen celebrated his 35th birthday on Saturday with his teammates. Express Adda with Kevin Pietersen: An evening of style and class

Kevin Pietersen, at the Express Adda on Tuesday, spoke at length about the game of cricket, Delhi Daredevils and the road ahead.