The injured personnel were evacuated to the district hospital, where two succumbed to their injuries, the CRPF said in a statement.

I was detained while trying to visit grave of grandfather: Mehbooba Mufti's daughter

Soldier killed, another injured in blast inside J&K camp

Identifying the deceased as Mail Deepen Tawang, 35, sources said the injured included Havildar Lal Prasad Gurang (39). The latter was shifted to a military hospital at Pathankot.

This comes days after suspected militants shot dead a special police officer at her home in her village in the Vehil area of Jammu and Kashmir’s Shopian district.

PDP approached me to dislodge Mufti when he was CM,says Omar Abdullah

He said his party does not indulge in immoral politics,while PDP only wants power.

Omar Abdullah asked his National Conference workers to act as a bridge between administration and the people.

Militant killed in gunbattle with security forces in Shopian

Security forces had specific information about presence of some militants in the area.

US rejects Sharif's demand on Kashmir issue,says it's between India and Pakistan

The US said it would continue to encourage New Delhi and Islamabad for a dialogue. 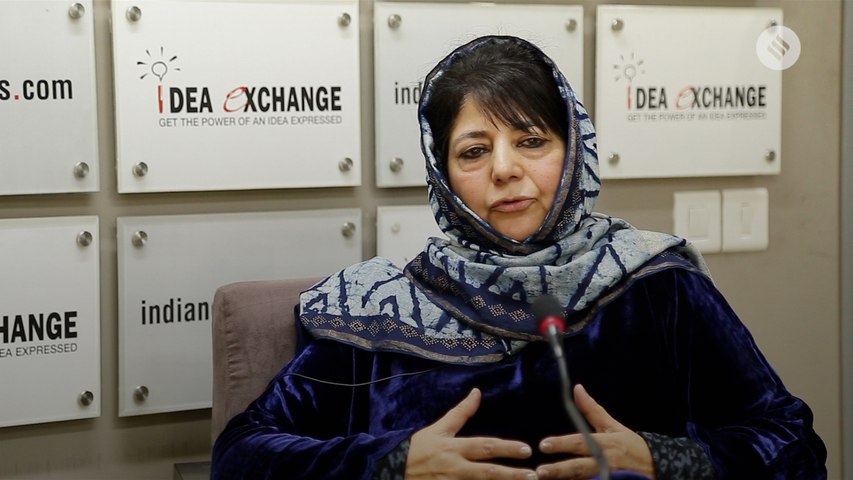 ‘Why does a boy pick up the gun? It’s not about Burhan Wani... need to address idea behind him’

In this edition of Idea Exchange, PDP chief Mehbooba Mufti dismisses any future alliance with the BJP, asserts that there has to be some dialogue with separatists and also acknowledges that Pakistan is important in resolving the Kashmir crisis.