"As promised in the election manifesto, a new granite policy will be framed and the sale of beach minerals will be undertaken directly by the state government," said Governor K Rosaiah.

Jayalalithaa to be sworn in as chief minister on May 23

Jayalalithaa will have portfolios of Home and All India Services including the IAS, public and general administration, stated the release.

Governor called for state governments to work on efficient inter-department integration that will be critical for reducing response time for services.

The court said the case was registered after Rosaiah was appointed in August 2011. 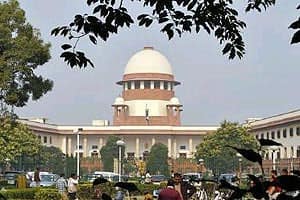 PIL says a criminal case is filed against Governor in Andhra Pradesh.

The land was originally in possession of the Hyderabad Metropolitan Development Authority.

I am privileged to be TN Guv,says Rosaiah

Rosaiah expressed happiness at being appointed to the gubernatorial post.

Former Andhra CM points out that such breaks were given even during India's independence movement.