Nanded has a large Telugu-speaking population, with areas there seeing recurrent demands to merge into Telangana

The new secretariat complex, spread across 7 lakh square feet in a 25-acre campus, is estimated to cost over Rs 600 crore.

Audience there to hear KCR, seeks only to hear KCR; but curiosity also about Kejriwal, “who fancies himself as leader who can stand against Modi”

Flanked by Babu and retired IAS officer Thota Chandrasekhar, who was among the others who also joined the party during the event at Telangana Bhavan, KCR announced his party’s Andhra Pradesh unit and named Thota as its chief.

Probe agencies to party squabble: For KCR, national ambition not on top of mind right now

The Telangana CM has had to go into a fire-fighting mode in recent days.

There will be nine stations from Rayadurgam up to the Airport and there will be separate lines for cargo and passengers.

The airport corridor of 31 km will start from Mindspace junction and end at Rajiv Gandhi International Airport in Shamshabad.

Telangana Chief Minister K Chandrashekar Rao met his counterpart in Bihar, Nitish Kumar, and called for a "BJP-mukt Bharat" in a joint press conference on Wednesday. 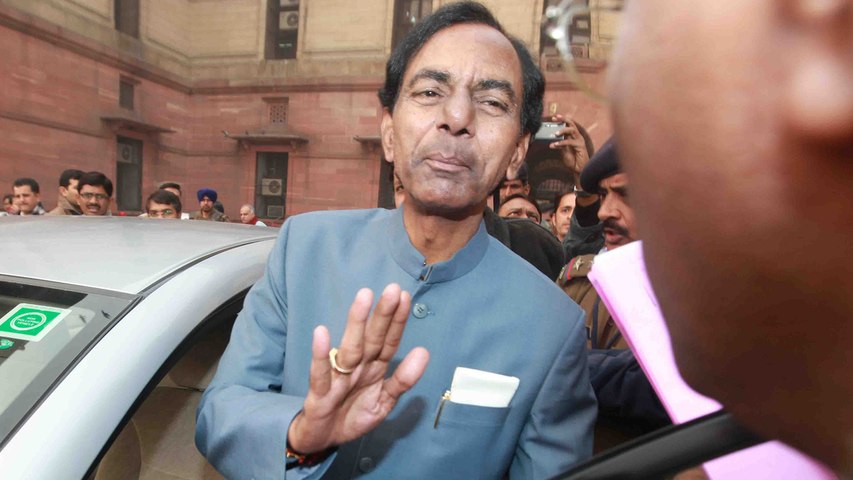 Stage is set for early polls in Telangana

Telangana is all set to go for early polls as the CM K Chandrashekar Rao dissolved the state assembly after cabinet passed the resolution. Meanwhile, the Governor has accepted the recommendation of the state cabinet.