Movement of all vehicles will be prohibited between NTPC Underpass towards Gijhore crossroad and back. Vehicles travelling from Gijhore crossroad to Atta underpass can do so after taking a right from city centre/Gijhore chowk via Summerville t-point towards their final destination.

'Sing, Dance and Pray': Biography of ISKCON founder to release in May

"Srila Prabhupada was an original in every way, a pioneer, and in a wonderful manner as much a man of the world as he was a man of God. His story is not just about religious history but also about a critical moment of East-West interaction, more relevant perhaps than ever before," said Sengupta in a statement. 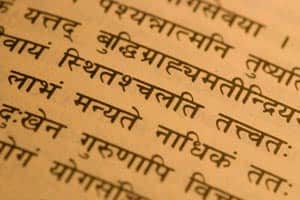 🔴 The budget proposal placed last week in the South MCD by the education committee reads, “It is proposed that at schools of the corporation... on a bag-free day after every 15 days, one hour of Bhagavad Gita is taught with help from ISKCON.”

🔴 Every year thousands of devotees from all communities, the majority from Hindu community, attend the Rath Yatra which is organised by the ISKCON.

ISKCON devotees in Pune protest against attacks on Hindus in Bangladesh

Holding banners that said, 'Protect our temples in Bangladesh' and 'Stop violence against Hindus', several devotees gathered at the ISKCON temple in Pune Camp area on Saturday morning

The attack on the ISKCON temple in Noakhali shocked the Hindu community there, leading to protests on the streets.

Dubbed as the 'Astounding Bhagavad Gita', the giant scripture measures 2.8x2 metres and has been stated as the "largest principle sacred text ever to be printed," according to ISCKON.

As per ISKCON, the Bhagvad Gita is billed as the “world’s largest sacred book”.