the data retrieved from the laptops recovered from Yasin and Akhtar reveals that IM members were carrying out reconnaissance of these places.

Use of internet services of offshore firms by officials 'serious': High Court

The Delhi HC said that use of internet services provided by offshore firms is against the Public Records Act.

Dutt has been granted parole three times by the Maharashtra government.

Tharoor said he was fully cooperating with the police investigation 'even though there is no case against me personally.'

Pawar alleged that the Gujarat Chief Minister had ignored certain sections of society in his quest for power.

alem was extradited from Portugal in 2003 and is currently facing trial in the 1993 serial blast case.

Wait for compensation, part or full

Families of some Punjab farmers who committed suicide get half the amount govt promised, many others yet to get any.

German President, Kejriwal in a one-on-one the day after

Meeting was initially turned down, but later fixed for February 6, sources said.

The MoD had advised that the delegation of powers would now be recommended on the 'need-based' principle based on data, and not as a fixed percentage. 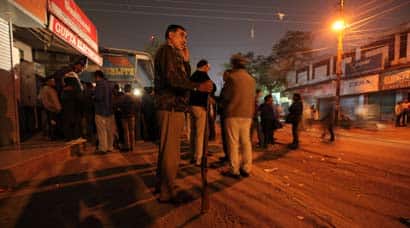 A leopard has strayed into the city and injured at least two persons creating panic.