In her letter to Chief Justice of India D Y Chandrachud, PDP chief Mehbooba Mufti said that while the "judiciary has not inspired much confidence", she has not lost the "unflinching faith and respect for the courts of the country."

Half of judiciary's problems will be solved if govt halts state-sponsored litigations: Ex-CJI

'I hang my head in shame': Kapil Sibal on state of judiciary

Talking about the arrest of Zubair and the denial of bail to him by a Delhi court, he said that for a tweet four years ago without any communal outcome, it is "unthinkable" for that person to have been arrested.

It is time to end judicial feudalism in India

Upendra Baxi writes: No judge is ‘subordinate’ to any other. As constitutional beings, judges are limited in jurisdiction but also supreme within their own jurisdiction.

Justice Shah, who was present physically at the centre along with Gujarat Minister of State home, parliamentary affairs, law and justice, Pradipsinh Jadeja, also acknowledged a shortage of mediators and assured he is already looking at ways to resolve the issue.

Ravi Shankar Prasad writes: Those who have been defeated repeatedly by the people of India through a popular mandate cannot and should not control the polity and governance through collusive cases from the corridors of the Supreme Court and other courts. This is unacceptable.

India must use the current situation to push for use of technology to improve procedural and substantive aspects of the legal process.

Even for the states having extremely low pendency, separate tribunals have been created, she added.

Case and court management are the most important areas which, unfortunately, have not been adverted to in the Economic Surveys. The Ease of Doing Business Report of the World Bank for 2018 and 2019 shows that the time taken to decide a case has remained static at 1,445 days. Why is that? 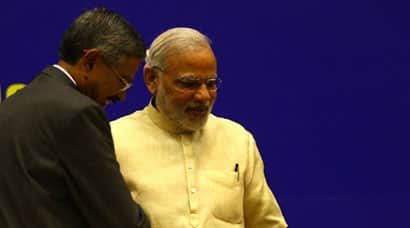 PM Narendra Modi said that while the judiciary is getting powerful, it is necessary that it also becomes 'perfect' to live up to the people’s expectations.