FIH was earlier named as a party in the HC since it had asked the IOA to take a decision on the recognition.

Private individuals are controlling games in India. Can the game be held hostage by private interest?

India has been awarded the men's hockey World Cup for the second time in a span of eight years.

Australian was first approached to take over as Indian hockey coach in 2000.

Onus now on any pretender to WSH to stop talking and deliver: Nimbus prez

Hockey India is set to roll out a pro league in the coming months,with the international body's sanction and promising participation of top foreign players.

Mumbai produced another sterling display to quash the aspiration of Vidarbha by romping to a 5-1 victory in the final of West Zone leg of the Indian Hockey Federation-conducted Senior National Hockey Championships at the Mumbai Hockey Association stadium,Churchgate,Mumbai on Monday.

According to sources,International Hockey Federation (FIH) president Leandro Negre and CEO Kelly Fairweather,in the city since Monday,had arrived to work out a compromise formula. 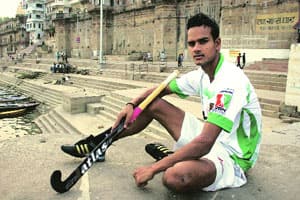 Hapless victim of a TV sting,this hockey player is now a rising star

After 4 yrs of false taint,Lalit Upadhyay,21,returns to award and accolades