Seeking an urgent hearing of its application, Solicitor General Tushar Mehta, appearing for the Centre, told a bench of Chief Justice S A Bobde and Justices A S Bopanna and V Ramasubramaian that the victims’ families have been paid compensation.

Kerala CM Pinarayi Vijayan said that the centre's wrong response is what led to the apex court's decision to relax the bail conditions of one of the two Italian marines who are accused of killing two Kerala fishermen.

India on Friday said the case involving the two Italian marines is being discussed between India and Italy. 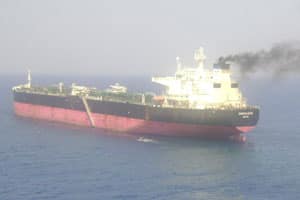 The firing that left two men dead was termed an "error of judgement",by the Indian Coast Guard.

Tell Sri Lanka not to kill our fishermen: Karuna to PM

Foreign Secretary Nirupama Rao is already in Colombo to take up the issue with the Lankan government.