Stagflation is said to happen when an economy faces stagnant growth as well as persistently high inflation. In other words, the worst of both worlds.

Expressing "deep" concerns over sluggishness in the growth momentum, Ficci President Sandip Somany said "the latest GDP growth numbers are below expectations and point towards a significant deceleration in both consumption and investment demand."

Growth to remain in 7-7.5% range in next few years: PM advisory panel

The growth rate can be easily increased by 1 per cent by addressing structural problems through reforms, the council observed during its meeting Friday. The Central Statistics Office (CSO) in its latest forecast pegged the growth at 7.2 per cent for 2018-19.

India to grow 7.3 per cent this fiscal, 7.6 per cent in next, predicts Asian Development Bank

The economy grew 6.6 per cent in the last fiscal as it battled the lingering effects of demonetisation in 2016, businesses adjusting to Goods and Services Tax (GST) in 2017, and a subdued agriculture.

India can grow at 8 per cent for next 20 years: UN expert

"One of this is the growth of private consumption and sound macroeconomic policies. The monetary policy, which has been able to control inflation, also has a role to play."

But let’s hold the celebrations. We need to take IMF, World Bank projections with a pinch of perspective.

Do the smart thing

Planned cities must be flexible enough to evolve as needs and aspirations change. 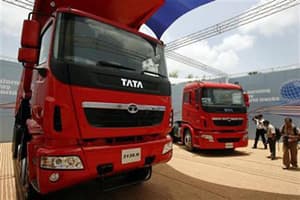 Car, two-wheelers continue to rebound ahead of festive season.