Nepal is important for India in the context of its overall strategic interests in the region, and the leaders of the two countries have often noted the age-old “Roti Beti” relationship.

India doesn't believe in world order where few are considered superior to others: Rajnath Singh

Singh emphasised that dialogue is the only civilised mechanism for resolving disputes and disagreements and creating regional or global order.

This calls for a major overhaul of our system of professional military education as well as doctrines.

The tone of disinterest in Asian defence diplomacy, set by A.K. Antony during the UPA years, appears to continue under the Narendra Modi government.

Government has a full-time defence minister at last. Parrikar has much work to do.

As part of the planned engagement, a joint Army exercise is to take place this year.

Chinese defence experts said the aircraft carrier would have great significance for India. 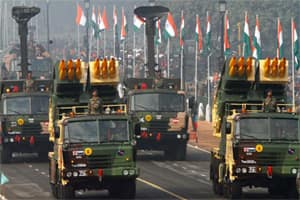 The global defence industry,which was shrinking over the last few years,can expand by doing business in India,a multi-national consultancy firm has said. 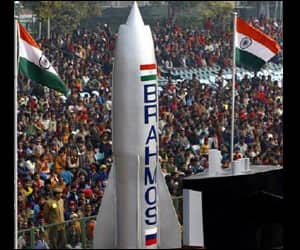 Defence Minister A K Antony told reporters that BrahMos test was pre-planned and not directed against any country.