The case pertains to the riots at Gurudwara Pulbangash in North Delhi where three people were killed on November 1, 1984, a day after the assassination of then Prime Minister Indira Gandhi.

The worst performance came from Dakha constituency which had been vacated by H S Phoolka who had won the seat with 58,618 votes in 2017 Assembly polls.

"Meeting Vijay Goel is no news. We are good friends and meet often. When I became the Leader of Opposition, he had invited me for dinner at his Haveli," HS Phoolka tweeted.

Senior lawyer H S Phoolka is optimistic that the Sajjan Kumar verdict will have a bearing on all mob violence cases, calls for a law without loopholes to tackle such crimes, talks about his experience during the riots, blames the system for institutional authority not being fixed, and says any Congress apology must be sincere

Phoolka also said that while many people urged him to contest the upcoming Lok Sabha polls, he has decided against it. “We need another movement like the one started by Anna Hazare, someone who can call a spade a spade. A movement like that can start again.”

Phoolka had in 2017 quit as the Leader of Opposition in the Punjab Assembly to continue to appear in courts for 1984 anti-Sikh riot victims, giving up his cabinet minister status. Phoolka was an MLA from Dakha seat in Punjab.

Who is HS Phoolka

Phoolka, who has been representing the victims of the 1984 anti-Sikh riots, 34 years since its carnage, has been averse to the idea of the Aam Aadmi Party allying with the Congress.

"I have resigned from AAP & handed over resignation to Kejriwal ji today. Though he asked me not to resign but I insisted," Phoolka tweeted.

“This moment has come after 34 years. We are very happy, but others culprits also need to be punished,” HS Phoolka said. 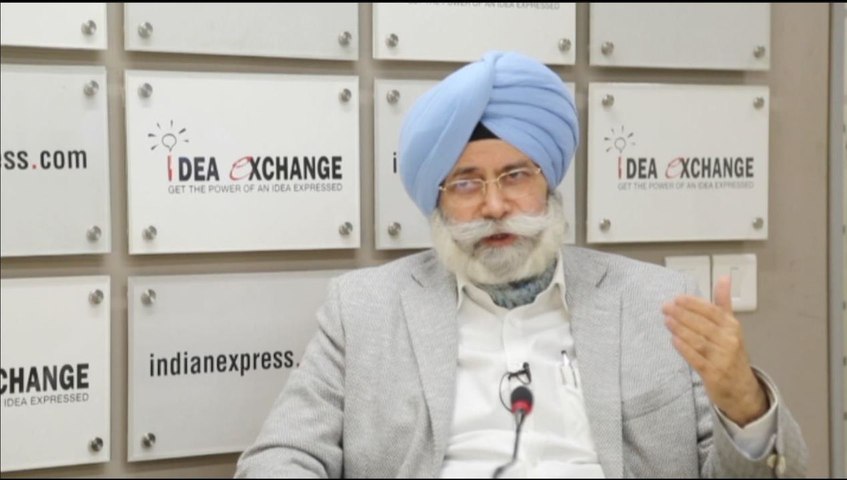 HS Phoolka on how he survived the Sikh riots

Senior advocate H S Phoolka has just started practising in the Delhi High Court when Indira Gandhi was assassinated on October 31, 1984. Here is the story of how he and his pregnant wife survived the three-day carnage.

New Delhi, Jan 22 (ANI): Commenting on the issue of missing 1984 riots file, senior lawyer HS Phoolka on Friday said the Special Investigation Team (SIT), which was formed by the Kejriwal government in 2014, did not become functional as he resigned from his post thereafter. After Kejriwal's resignation, even the Lieutenant Governor did not constitute the SIT. He added that the new SIT, formed last year by the Centre, has no link with the prior SIT and is working properly.