Del Bosque has suggested that he will make “two or three changes”, with Casillas’s position under scrutiny.

Holland look to conquer Brasil once again like their forefathers from the Dutch East India Company did 400 years ago.

Walsh,59,guided Holland to silver in the 2004 Athens Olympics.

Pakistan do India world of good

Looking to secure their place in the World Cup,to be held next year,the Indian hockey team left for Netherlands on Wednesday morning to participate in the FIH World League Round 3 (semi-finals).

Indian stock markets may continue to appear cheap in near future

Indian equities may sustain a discount to their long-term average and continue to appear cheap in the near future on that comparison. 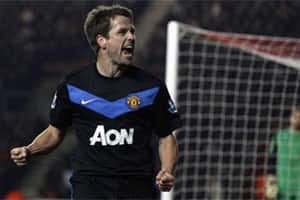 Michael Owen believes that England's display against Holland at Wembley was not becoming of their status.

Rape victim tells cops she wants to return to Holland

The 18-year-old girl from Holland who was allegedly raped by two autorickshaw drivers has told the police in her statement that she wanted to go back to her country as soon as possible.

Maestro in the making

I started playing the piano when I was one year old, recalls Beijing-born pianist Ang Li. My parents had a small upright piano in their old apartment and I loved to play on it for fun. They decided to enroll me for formal lessons when I was four.

Raul scored his 44 goals in 102 matches but Villa has outdone him in just 72 appearances.