James Gunn and Peter Safran, the recently appointed CEOs of DC Studios, recently made major changes to the production and presentation of the studio's film lineup, particularly the Superman and the Wonder Woman franchises.

Henry Cavill confirms he has been dropped as Superman: 'This news isn't the easiest, but that's life...'

Back in October, Henry Cavill had announced that he would be returning as the cape-wearing, flying superhuman, much to the delight of his fans. However, new hire James Gunn is now planning a different format of the DC Universe with a younger Superman.

After his cameo in Dwayne Johnson's Black Adam, Henry Cavill will be returning as Superman in a new Warner Bros-DC movie.

Enola Holmes 2 movie review: It's heartening to see Netflix and Millie Bobby Brown's spirited franchise retain its charms in the face of the more masculine (and considerably worse) Red Notice and Gray Man-type movies that the streamer is betting big on.

Liam Hemsworth to replace Henry Cavill in The Witcher Season 4

Henry Cavill had a short-term deal for The Witcher and felt it was time to move on after three seasons on the show, which films overseas and has a demanding production schedule.

Henry Cavill said that what fans saw in Black Adam is a “very small taste” of things to come.

With Black Adam, can Dwayne Johnson live up to his reputation as the rescuer of struggling franchises?

Having bet big on Dwayne Johnson, Warner Bros is hoping to save the struggling DC Extended Universe with this week's Black Adam.

Will Henry Cavill return as Superman in DCEU? Here is why he should

There has been no confirmation or denial from Warner Bros regarding the fate of Cavill’s Superman. Henry Cavill appeared in the role for the first time in 2013’s Man of Steel and reprised the role in Batman v Superman in 2016. Will he be back? Well, he should.

Netflix previews 2022 movie slate, shows off footage from Knives Out 2, The Adam Project and The Gray Man

Netflix showed off footage from its upcoming movies Knives Out 2, Enola Holmes 2, The Adam Project, Pinnochio, The Gray Man, among others.

Henry Cavill urges people to start their fitness journeys: 'Get out there and do it'

The 'Witcher' star underlined the importance of staying physically active.

Paramount's tentpole Mission: Impossible - Fallout had its world premiere in the French capital Paris. The stars of the spy-action film, including Hollywood's quintessential action hero Tom Cruise, Henry Cavill, Simon Pegg, and others were present.

Mission: Impossible - Fallout is the sixth iteration of the spy action Mission: Impossible franchise. Tom Cruise returns to portray his iconic character Ethan Hunt, and is joined by several actors, new and old. Check out some of the still here.

Justice League is pegged as DC's answer to Marvel's Avengers. For the first time in history, powerhouses like Superman, Batman, Wonder Woman, The Flash, Aquaman and Cyborg come together in a live-action movie. 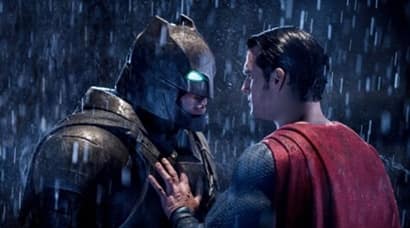 Batman v Superman: Dawn of Justice review: Henry Cavill and Ben Affleck, who sports grey sideburns to show an aged Batman, have little to do but grimace, straighten their shoulders and fight. 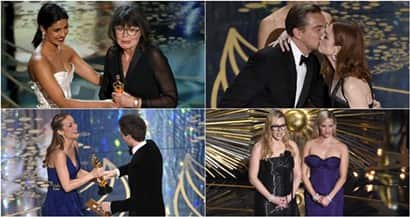 This year we have Bollywood's super star Priyanka Chopra join the likes of Kate Winslet, Julianne Moore, Eddie Redmayne, Charlize Theron, Henry Cavill, Reese Witherspoon and others as the Oscar award presenter. Here are all the Presenters of this year.