Check out some unmissable celebrity looks that grabbed eyeballs this year

From Timothée Chalamet to Florence Pugh, celebs turned heads with their style this year

Heidi Klum opens up about planning her 2023 Halloween costume

German-American model Heidi Klum dressed up as a rainworm shocking and amusing the internet.

"I like to think I’m progressive in these things, but mom and daughter in lingerie in the same video shoot is just a bit ick," one social media user wrote

"Happy 17th birthday LENI. I am not alone walking down that catwalk here. If I look close enough then I can see you bumping right along at 4 months @LeniKlum," she wrote

"You are my little mini me. And I'm so happy for you, that you now know who YOU are," Heidi Klum wrote in an Instagram post.

Supermodel Heidi Klum has four children and thinks that after having kids, lingerie becomes more important than before.

Mel B, Heidi Klum return to 'America's Got Talent'

Hollywood stars Mel B, Heidi Klum and Howie Mandel will return for season 11 of "America's Got Talent", alongside show creator Simon Cowell.

Supermodel Heidi Klum has bared all again for a new advertisement.

Heidi Klum, Cate Blanchett, Regina King among the worst dressed at the Golden Globe Awards 2016, that were held at the Beverly Hills on Sunday. 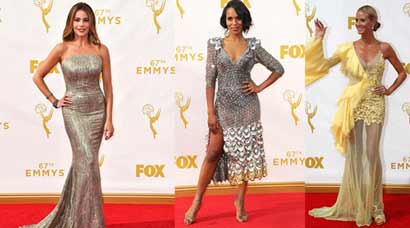 The Emmy Awards took place on Sunday (September 20) and no doubt the red carpet did not lack in terms of shine and shimmer. Celebrities Heidi Klum, Sofia Vergara, January Jones, Kerry Washington, Jon Hamm and Tina Fey owned the night with their appearances. 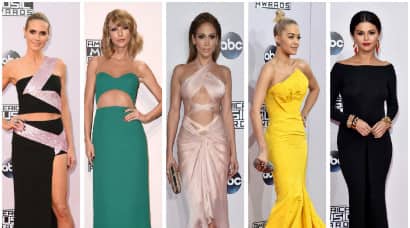 The 2014 American Music Awards in Los Angeles on Sunday (November 23), had celebrities Jennifer Lopez, Taylor Swift, Selena Gomez and Jessie J strut the red carpet and put on some amazing performances on stage.