Another AAP MLA in trouble, Gulab Singh named in FIR

The FIR accused Singh and three others of roughing up a junior engineer (JE) of the municipal corporation to stop the demolition of an illegal building.

6 arrested for cheating in rly exam,accused received answers in codes

The accused have been identified as Narender,Devender,Kuldeep,Deepak Ahlawat,Gulab Singh and Dalbir Singh,all residents of Haryana.

26 killed due to heavy rains in Himachal

At least 26 people died due to heavy rains and cloudbursts in Himachal Pradesh during the current monsoon,which hit the state on July 5,Revenue Minister Gulab Singh informed the state Assembly on Thursday.

An NCC cadet was allegedly blinded after his trainers beat him following an altercation during a training session here,police said. 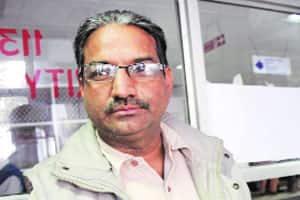 Student politics turned ugly once again when a third year pupil of DAV College was severely injured in a clash between supporters of two student organisations in Sector 10.

The Council of Indian School Certificate Examination (CISCE) has withdrawn a Marathi book from the ICSE syllabus after receiving complaints from an activist of Bharatiya Janata Party.

Chandigarh police has suspended head constable Akhtar Khan and a constable Balwan Singh for forcefully taking Rs 500 from a driver of Qualis vehicle on May 20 for not issuing challan.