Ten shops gutted in fire at Pune market, no casualties

Fire officials suspect that the blaze at the Rajaram bridge was the result of a leak in the pipeline during some digging work carried out by the Maharashtra State Electricity Distribution Limited authorities.

"Six have died in this incident. The dead include a couple and their two children," Inspector Phool Kumar, SHO at Tehsil Camp Police Station in Panipat, told PTI.

Fire breaks out at apartment in Ahmedabad, 17-year-old dies

There were a total of three persons in the house at the time of the incident — the girl, her aunt and her cousin brother, said the fire department.

The bodies of the deceased have been identified and sent for an autopsy, and no case has been registered yet, said the police.

It took firefighters more than four hours to douse the fire that broke out on Monday at the plant of the commerce and trade company in Wenfeng district of Anyang city in Henan province, according to the city's publicity department.

Seven out of the 10 who perished in the fire have been confirmed Indian nationals, with another two identified as Bangladeshi expats according to Maldives Police Service on Friday. However, one of the bodies discovered from the rubble had not been identified yet.

Fire breaks out in footwear factory in Delhi’s Narela Industrial Area; no casualties yet, say officials

This is the second such incident reported from the area this week. Two people had died and 18 were injured after a fire broke out in a footwear factory on Tuesday.

The fire haircut, which has gained popularity of late, is a process in which a hairdresser uses fire on the customer's hair to set it in style

Many of the residents of the 40-year-old building were elderly and lived alone in apartments as small as 13 square meters, according to local media.

Smoke could be seen billowing out from the top of the gothic cathedral, as flames lept out besides its two bell towers. The cathedral dates back to the 12th century and is famous for featuring in Victor Hugo's classic novel the Hunchback of Notre-Dame.

A day later, fire at Kolkata's Bagree Market yet to be contained

No casualty has been reported, but the operation has left two firefighters injured. Fire breaks out at Colaba Causeway in Mumbai

A fire broke out inside the four-storey Metro House located at Colaba Causeway, near Regal Cinema in Mumbai. Kerala Police on Monday detained five people who were involved in conducting the firework display after a huge fire broke out at Puttingal temple at Paravaur (Kollam District), Kerala early Sunday morning.

Make in India week: Fire brings down curtain on Maharashtra Night at Chowpatty

A fire broke out during the Maharashtra Night at Mumbai’s iconic Girgaum Chowpatty beach during Make in India week. 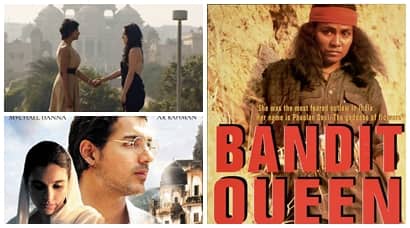 'Bandit Queen', 'Water': Movies who had to face bans or censor board's axe

Bandit Queen, Fire, Water, Amu, Unfreedom and many more movies have had to face the axe of Censor Board for some or the other reason, but these movies should be watched for the reality they carry. Directors like Shekhar Kapur, Deepa Mehta, Anurag Kashyap, Sonali Bose have taken up real subjects for their film, but unfortunately they could not proceed by showcasing their films for the public. 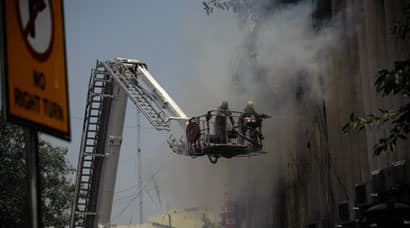 A massive fire broke out in a building in Connaught Place area on Monday. 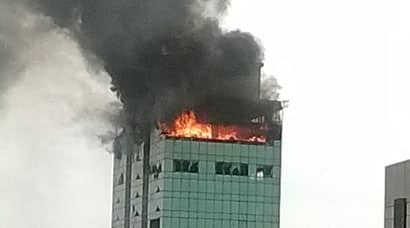 A major fire broke out on Friday in a 22-storey commercial building in a western suburb of Mumbai.

Everything you need to know about the new Amazon Fire

Amazon on Wednesday unveiled a 'Fire' smartphone that will be closely tied to the products and services it sells, while adding such touches as the ability to render images in 3-D. 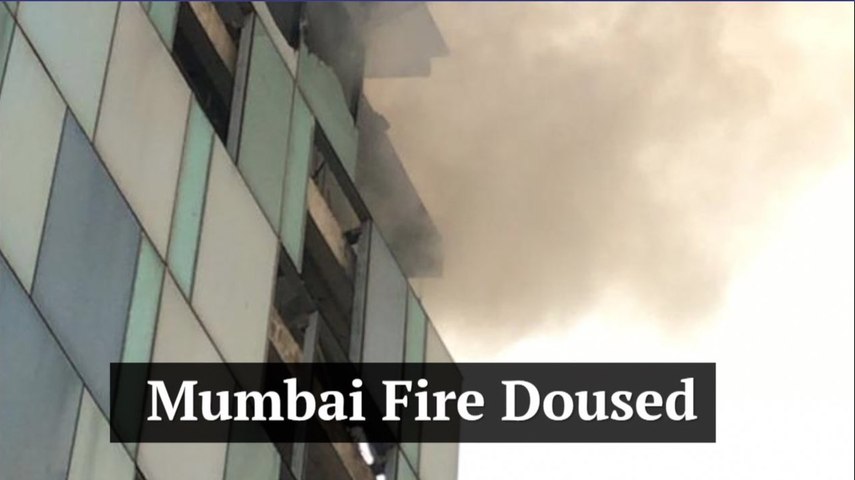 Fire in building behind Mumbai’s Kamala Mills compound was doused on Saturday morning. No casualties reported. This Barber Cuts Hair With Fire

A 21 year old savvy hairdresser Mohammed Faizan has a unique technique of cutting hair. He uses a candle instead of scissors at his salon. This unusual technique has earned him clients from not just India but from all over the world. 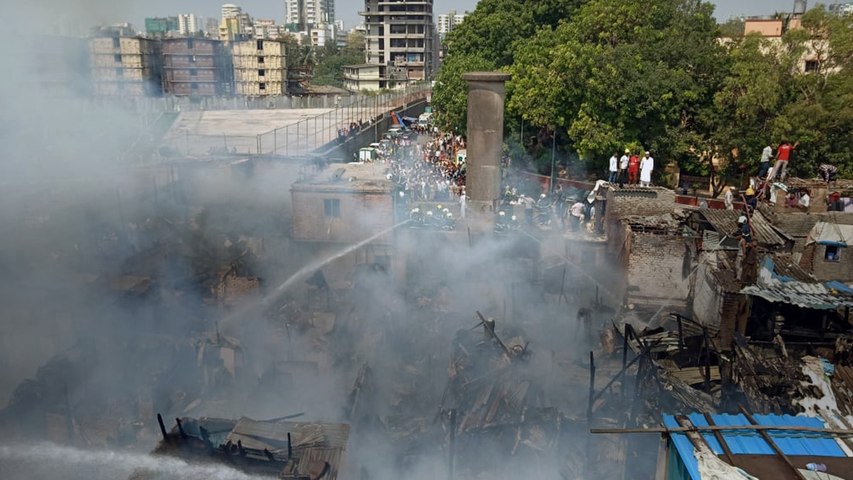 A massive fire broke out in a slum opposite the Bandra Fire Station in Mumbai, gutting at least 60 houses on Tuesday. No casualties were reported, but two women and two children were admitted to a hospital after they fainted due to shock. 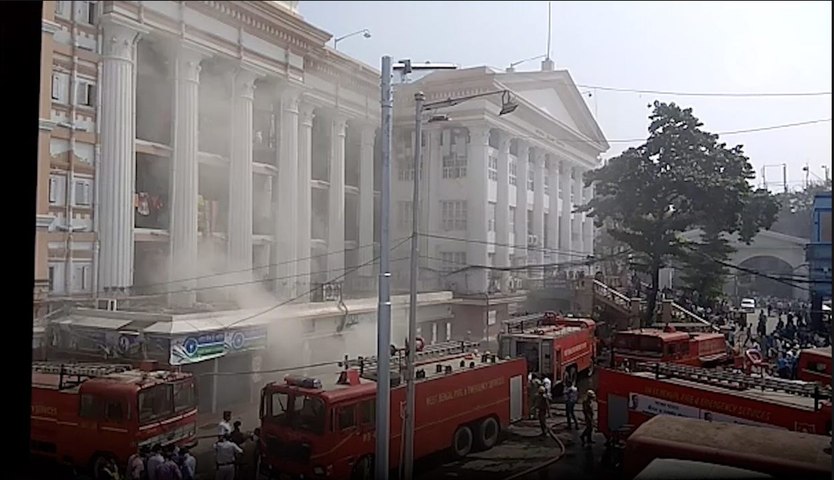 An early morning fire at the Kolkata Medical College and Hospital has been brought under control. Ten fire tenders were rushed to the spot and at least 250 people evacuated. But no casualties have been reported. 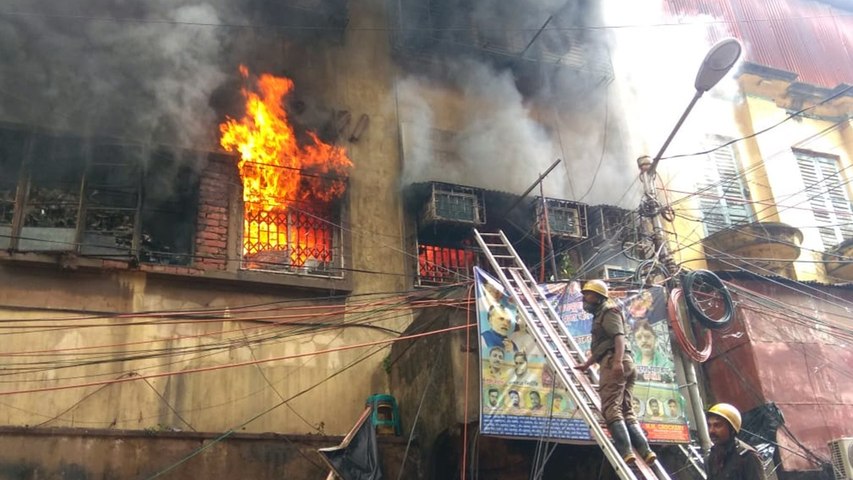 A massive fire broke out in Kolkata's Bagri market, a hub of retail and wholesale shops. Over 30 fire engines have been trying to douse the fire.

MP: Locals Set Bus On Fire After It Crushes Woman To Death