Fawad Khan is a Pakistani actor and singer who has also worked in Bollywood. Born in Karachi, Fawad spent his growing up years in Dubai, Riyadh and Manchester, before moving back to Lahore. During his teenage, he played guitar, bass and drums, and went on to form a band named Entity Paradigm, as its lead singer. Fawad's first television stint was with Jutt And Bond in early 2000's. He made his debut in Pakistani films with critically acclaimed 2007 movie Khuda Kay Liye. His major stardom came after his 2010 television show Dastaan which was based on Partition. In 2011, he stole the television ratings with his most popular show Humsafar opposite Mahra Khan. 2012 show Zindagi Gulzar Hai's success only established him as a strong actor of Pakistani television industry. He swept through Best Actor awards for several television shows and films between 2008 and 2014. In 2015 he was also enlisted as the sexiest male in Asia. After Indian channel Zindagi telecast all his shows across the border too, his female following only grew. Fawad soon turned towards Bollywood and made his debut in Sonam Kapoor-starrer Khoobsurat in 2014. The film's success established his name in Indian films too. His second Hindi outing was Karan Johar's Kapoor & Sons in 2016. He was lauded for not just his acting, but also for his bold step towards playing a homosexual character in the film. In September 2016, Fawad was caught in the controversy around banning of Pakistani actors in Bollywood, unleashed by the MNS, in the aftermath of the Uri attack. This affected his next film, Karan Johar's Ae Dil Hai Mushkil, in which he played an extended cameo. Fawad had to return to Pakistan in the midst of the brewing tensions. Though the film managed to open to warm response at the box office during Diwali, Fawad's future Bollywood projects had to be put on hold until the political situation gets normal. Fawad is married to his childhood sweetheart Sadaf whom he met during coaching classes as a teenager. After dating for eight years, the two got married in 2005. They have two kids, son Ayaan and daughter Elaynas. Fawad runs a clothing line titled "SILK by Fawad" in collaboration with his wife.

Sanam Saeed said that Pakistani audiences make fun of how Muslims are portrayed in Indian films, and how the ban on Pakistani artists impacted Fawad Khan and Mahira Khan more than most.

Fawad Khan on The Legend of Maula Jatt's India release getting cancelled: 'Things are a bit heated still...'

Also starring Mahira Khan, The Legend of Maula Jatt was supposed to release here on December 30. However, the release was later 'postponed indefinitely'.

Ameya Khopkar, a leader of the Maharashtra Navnirman Sena (MNS), has objected to this move, saying that his party will not allow the movie to be shown in India.

Fawad Khan's The Legend Of Maula Jatt to release in India on December 30: report

The Fawad Khan starrer Pakistani film. The Legend Of Maula Jatt, will release in India on December 30.

MNS leader Ameya Khopkar threatened that his party would not let Pakistani actor Fawad Khan's Pakistani film The Legend of Maula Jatt to release in India.

Fawad Khan starrer The Legend of Maula Jatt has earned over $10 million at the worldwide box office.

On Fawad Khan's 41st birthday, here's looking at his lesser-known roles before he became a worldwide sensation with Humsafar and Zindagi Gulzar Hai.

The Legend of Maula Jatt also happens to be one of the costliest movies ever shot from the country, and is also the longest-running feature from Pakistan until now.

The Legend Of Maula Jatt movie review: The Fawad Khan-starrer reminds you of the films Bollywood used to make at one time, proudly declamatory, in which the mainstay of the plot was good vs evil.

Fawad Khan's The Legend of Maula Jatt leaves behind Ram Setu and Thank God in international markets, earns more on its 13th day than their opening day

Liked Jugjugg Jeeyo? Here are some other relatable family dramas you can binge over the weekend

We can never have enough movies based on relatable family drama in Bollywood. While some uncover the nuances of modern-age relationships, others dwell on the topics of domestic abuse, violence, divorce, and adultery. Here are 10 Bollywood films that brought on-screen relatable content. 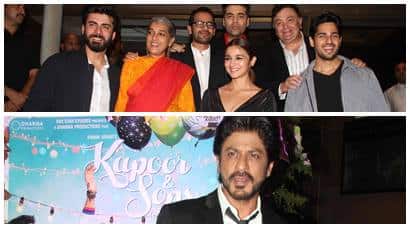 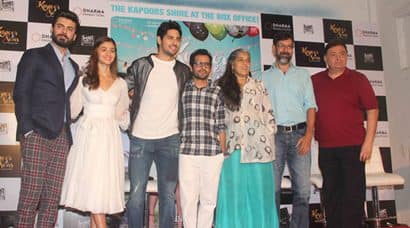 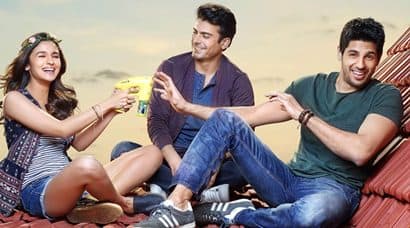 Alia Bhatt, Sidharth Malhotra and Fawad Khan starrer Kapoor & Sons went headstrong in the first weekend as it has minted Rs. 26.35 cr in mere three days of its release. 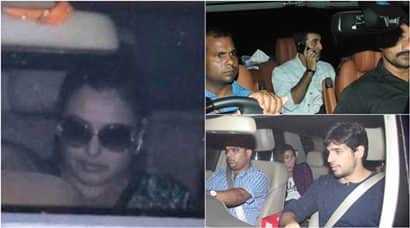 Rani Mukerji made her first appearance after her daughter Adira's birth on March 19 at the birthday celebrations of Karan Johar's mother Hiroo Johar. Also present at the party were Alia Bhatt, Sidharth Malhotra, Fawad Khan and Ranbir Kapoor. 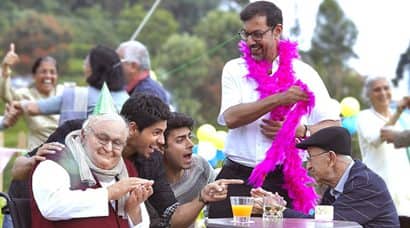 Sidharth Malhotra brings to the table a loose-limbed pleasing vulnerability which he reveals slowly. He makes something of his part. Rishi gets some laughs in, but has to struggle against the heavy prosthetics. 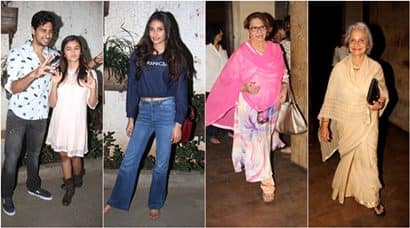 Yesteryear beauties – Waheeda Rehman, Helen and Asha Parekh, were spotted at the screening of the family drama, ‘Kapoor & Sons’ along with Alia, Sidharth and Athiya Shetty. Actress Alia Bhatt along with her co-stars Sidharth Malhotra and Fawad Khan was in New Delhi for the promotions of Kapoor & Sons on Tuesday (March 15). Apart from promotion, Alia, who turned 23 today, celebrated her birthday with the media and cut a cake. She was joined by Sidharth, Fawad and director Shakun Batra. 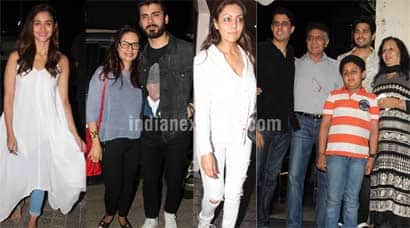 Sidharth, Alia, Fawad with their families at Kapoor & Sons screening

Bollywood superstar Shah Rukh Khan's wife Gauri Khan was spotted at the special screening of her close friend Karan Johar's next production 'Kapoor & Sons.' Also seen at the screening were film's actors Alia, Sidharth, Fawad and Rishi Kapoor with their families. The screening was held on Sunday (March 13), the film will release this Friday. 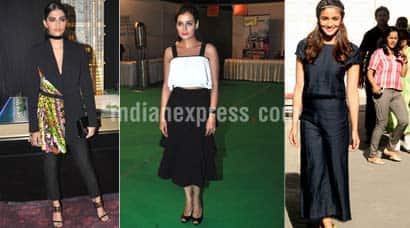 Alia Bhatt, who will be soon seen opposite Sidharth Malhotra nd Fawad Khan in 'Kapoor and Sons', was seen promoting the film at a studio in Mumbai. Alia Bhatt wore matching crop top and culottes from H&M. She added a bit of colour with her yellow heels. Post Kapoor and Sons, Alia will be seen romancing SRK in Gauri Shinde's next.

I Have Experienced Tremendous Love And Hospitality In India: Fawad Khan

There is no doubt that Pakistani actor Fawad Khan has been welcomed with open arms both by India and Bollywood something that the actor himself acknowledges.